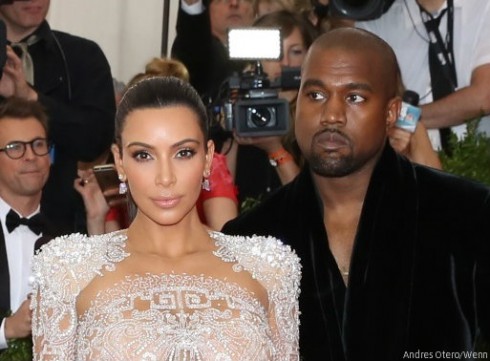 Kim Kardashian and Kanye West’s fairytale romance is almost enough to make you forget her previous marriages and his past high-profile relationships, right? That may not be quite as easy for those exes–especially Amber Rose, who’s claimed Kim started flirted with Kanye when he was still with Amber and Kim was with Reggie Bush. In a new interview, Kim seemed to confirm that’s kind of true.

There were also rumors that Kanye’s first engagement with Alexis Phifer ended for similar reasons: Although Alexis never publicly commented on it, she reportedly told friends she called off wedding plans after finding sexy pictures of Kim on Kanye’s phone. (All three are pictured together at a 2007 event.)

In a new interview with Access Hollywood, Kim admitted there were sparks between her and Kanye when they first met — but still denied any funny business.

“I was always attracted to him,” she said. “We were in other relationships and we kept our distance, and that was that.”

Kim said they “kept in touch” (by sending selfies?) after working on a project together. Then, when her marriage to Kris Humphries ended in 2011 after just 72 days, she decided to make a move:

I called [Kanye] because I’m sure it was really hurtful that I got married and, even though it’s not like we communicated all the time, I knew what he was thinking. So I thought he was going to call me as soon as he knew that I was single again,” she said. “He didn’t, and so I called him and I said, ‘Hello? I thought you were at least going to call me and ‘I told you so,’ something?’ And then – he’s always been a good friend to me, like, we’ve always been there for each other – then he invited me to a fashion show of his in Paris and I went, and then the magic happened.

As most of us know, they went on to have a daughter in 2013 and are now approaching their first wedding anniversary.

COUPLES THERAPY VIDEO: Will Catelynn and Tyler call off their wedding?