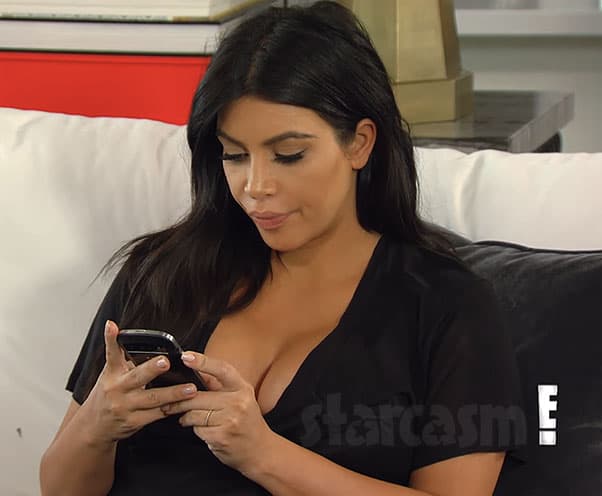 DLISTED – If you’re wondering why Kanye West is not answering your phone calls or texts, that’s because he has allegedly changed all of his phone numbers after splitting from wife Kim Kardashian.

THE ASHLEY’S REALITY ROUNDUP – Jersey Shore star Jenni “JWoww” Farley’s ex-husband Roger Matthews reacts to her announcement that she is now engaged to her 26-Year-Old boo, Zack Clayton Carpinello. “I’m happy for her. I’m happy for them,” Roger says. So, when can we expect Roger to take another trip down the aisle?

REALITY TEA – Like many businesses across the country, Lisa Vanderpump’s Pump restaurant was hit hard by the COVID pandemic. However, the Vanderpump Rules venue has remained closed even after many of its neighboring establishments have reopened. As it turns out, Pump wasn’t closed just because of the coronavirus, it was “suspended” indefinitely by the state of California for unpaid taxes!

TAMARA TATTLES – Amidst reports that Lisa Vanderpump’s restaurant Pump has been shut down due to unpaid taxes, her Real Housewives of Beverly Hills co-star Lisa Rinna seized the opportunity to share her favorite Bravo “shady boot moment” when she devastated Lisa with a Pump revenue comeback.

CELEBITCHY – The royal fallout from Meghan Markle and Prince Harry’s interview with Oprah continues. In the latest bit of fire extinguishing, Prince William assures a reporter that the Royal Family is “very much not a racist family.” That should put an end to the controversy!

LAINEY GOSSIP – Actress Jennifer Garner opens up about fame, Ben Affleck, and raising children in Los Angeles in a lengthy new Hollywood Reporter interview. “If she wanted a fluffy cover story about her family she could have gone to People, and if she wanted a glossy promotional piece she could have gone to InStyle. This interview wasn’t done to drum up public attention and it isn’t just about her family or her former marriage, it’s about her future. That’s why she chose to make this announcement in a trade magazine: Jennifer Garner is back in business.”

THE BLAST – What do you get when you cross a Rocky movie and a Care Bear? The name for Emily Ratajkowski’s newborn soon!

GO FUG YOURSELF – No. it’s not a behind-the-scenes photo from A Star Wars Is Born, it’s Adam Driver and Lady Gaga looking absolutely Gucci on the set of the crime biopic, House of Gucci.

VOX – The COVID vaccine continues to roll out across the country, but a reported 30% of US adults do not plan on receiving it. In addition to putting their own health at risk, the people refusing to get a vaccine are a huge source of frustration for friends and family.

THE GRACE REPORT – VIDEO “Disgraced former Teen Mom 2 star Jenelle Evans spent the 4th episode of her Addicted to Growth series confirming MTV’s interest in her alleged separation from equally disgraced husband David Eason.” As usual, Grace’s video has stirred up quite the debate as folks try to decide if Jenelle or David are equally disgraced. 🤔

MTV Cribs is coming back!