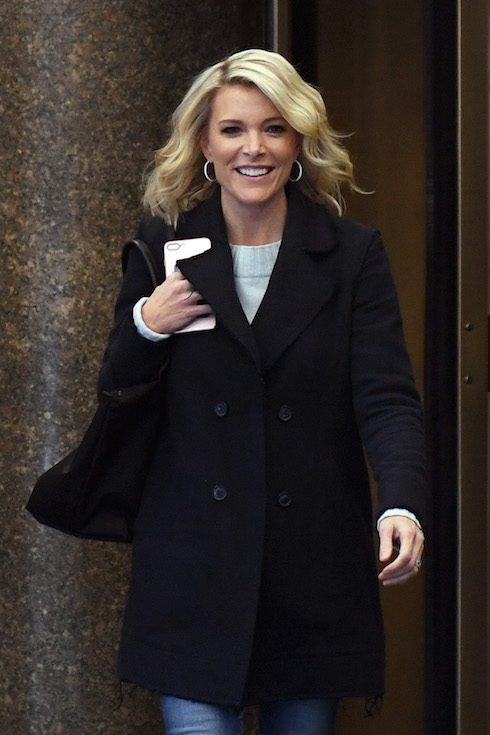 UPDATE – Shortly after our report on the rumors of Megyn Kelly Today‘s imminent cancelation, NBC has pulled the plug on both Megyn’s show and the controversial host. Initial reports indicate that the network has decided to fire Megyn Kelly outright and pay her the remainder of her $69 million contract rather than try to keep her off the air indefinitely and rehab her image. Our original story continues below.

Megyn Kelly’s controversial comments on blackface and Halloween have the former Fox News star allegedly on her way out the door at NBC. In the two days since Megyn Kelly Today‘s now-infamous roundtable discussion of whether it’s OK to dress in blackface specifically for a Halloween costume (side note: it isn’t), Megyn’s future with her new network has gotten increasingly murky.

What exactly did Megyn say to cause such a hubbub?

First of all, here’s the full Megyn Kelly blackface comments, in case you haven’t seen the clip or read a transcript. Megyn made her comments during a segment entitled “Halloween Costume Crackdown,” and, given that stuff like this is still a regular feature of costume shops across the country, it was probably inevitable that Megyn would get into trouble for something she said.

So, here’s Megyn’s complete blackface remarks: a clip from the show in question via The Shade Room, followed by a transcript:

You do get in trouble if you are a white person who puts on blackface for Halloween, or a black person who puts on whiteface for Halloween…like, when I was a kid, that was OK, as long as you were dressing as, like, a character….There was a controversy on The Real Housewives of New York with Luann, as she dressed as Diana Ross. And she made her skin look darker than it really is. And people said that that was racist. And, I don’t know, I thought, like, ‘Who doesn’t love Diana Ross?’ She wants to look like Diana Ross for one day; I don’t know how, like, that got racist on Halloween.

It’s too early to say whether Megyn’s ill-fated show is officially done. Megyn did apologize for her remarks on yesterday’s episode, though the way she did so made the situation more about herself than an actual apology.

But in the immediate aftermath of her comments, Megyn was also roundly criticized on-air by many of her fellow NBC personalities. And when Al Roker is taking you to task, your job is probably less secure than you’d like it to be. Plus, now the leaks have begun: we’ve got a pair of high-profile stories claiming that Megyn is all but done on the network, and that NBC is more or less figuring out how to make the news official.

The oft-reliable Page Six was the first to make the claim. According to their insiders, Megyn Kelly Today “could be coming to an end by December.” It’s worth noting that these insiders also point out the show was likely going to be canceled soon anyway: “Talk of the move was growing before this week,” presumably due to the show’s shaky ratings and Kelly’s high ($20 million) annual salary.

Then, In Touch got in on the scrum, quoting another anonymous insider who says Megyn is on a “downward spiral” and her blackface comments are just the latest spin.

“Upper-level execs at NBC are fit to be tied over how she conducts herself,” said the insider. “There have been more meetings at the network regarding Megyn than anyone can imagine…They’ve got her on the ropes, and she’s starting to lose it.”

*Then*, Megyn got more bad news after CAA, her talent agency, dropped her as a client the day after the blackface comments — and after Megyn had made her on-air apology.

And CNN Business is reporting that Megyn’s exit from morning television “appears to be imminent.” Two separate sources confirmed for their report that Megyn Kelly Today “will be canceled,” though CNN’s story also made it clear that NBC doesn’t seem to be considering a clean break from Megyn. She’s only halfway through a $69 million contract, meaning NBC would be on the hook for around $30 million with nothing to show for it if they fire Megyn outright.

So, for now at least, it looks like Megyn Kelly Today may have aired its final new episode. The show is still on the air, but is showing reruns indefinitely. And December is an awfully long ways away when you’re talking about a pre-Halloween controversy. It wouldn’t be surprising to see NBC keep Kelly off the air entirely for the remainder of 2018, then try to rehab her persona with something brand-new in 2019 — though likely not something where she’s the sole host.