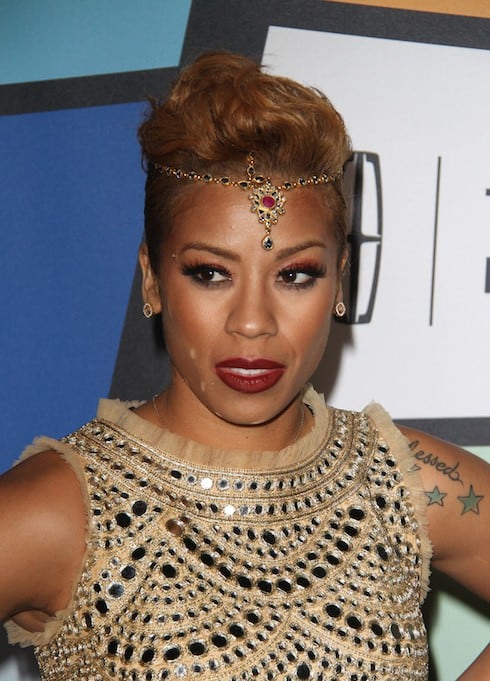 Keyshia Cole is a mainstay of contemporary R&B, and has a career going strong into its second decade. She also has friendships with several cast members of Love & Hip Hop New York–most notably Remy Ma. So fans of the franchise were understandably excited by a recent spate of rumors regarding Keyshia Cole joining Love & Hip Hop, though those rumors initially suggested she might hook up with the Hollywood crew. Keyshia addressed the rumors in a recent Breakfast Club interview; according to her, the money might have been right, but the vibes didn’t line up.

RELATED: REPORT Half the Love & Hip Hop Hollywood cast to be replaced after Season 3

“And we shot some numbers around,” she went on, “and I told [Mona] what it would take for me to be on the show.” Angela Yee says she heard Keyshia asked for $1 million to do the show. But Keyshia does her one better: “It was a little more than that,” she said. Angela says she’s also heard that Keyshia asked for $1.5 million and that ex-husband Daniel Gibson asked for $1 million; Keyshia gets a huge laugh by saying “He’s gonna have to [go] lower than that.”

Keyshia concluded by saying she “didn’t like the energy” of the negotiations, and put them on hold for the time being. The whole interview is entertaining and worth a listen, but, if you just want the Love & Hip Hop gossip, skip ahead to the 3:20 mark:

At the same time, Keyshia noted that her stylist is set to join the cast of LHHATL for Season 6. And Keyshia’s current itinerary lends credence to the belief that she might at least make an appearance on some future iteration of Love & Hip Hop. She recently revealed that she’ll be out on tour this summer, when Love & Hip Hop Hollywood Season 4 is expected to air but before New York would likely begin filming for Season 7:

What's up babes. Thanks for the continuous love https://t.co/kKBH99BMNK

And, of course, her current hit features LHHNY mainstay Remy Ma, who Keyshia’s been close to for years:

What is Todd Chrisley’s net worth? Chrisley Knows Best patriarch bounces back from crushing bankruptcy case