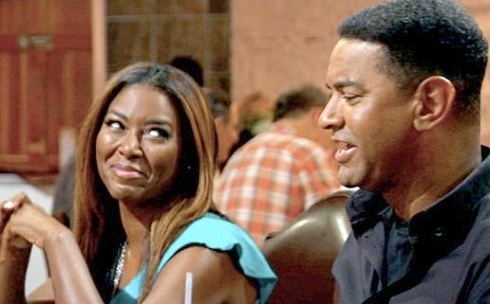 When Kenya Moore filled out her application to be one of the new cast members of The Real Housewives of Atlanta it seems as though she might have fudged a bit on some of her qualifications. No, she really was Miss USA 2009, it’s her serious, near-marriage relationship with Walter Jackson that may have been a sham.

Now, after Kenya has suggested Walter’s cold feet when it came to walking down the aisle was because he is gay, Walter has spoken with radio station V103, telling hosts Wanda Smith and Frank Ski that he and Kenya dated for a few months three years ago, but their on-screen romance was strictly for the cameras. He says that Kenya reached out to him in April after years with no contract. 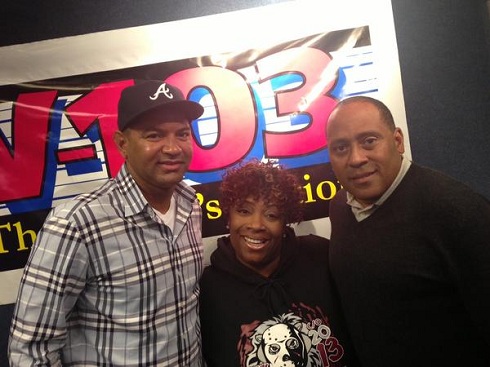 “I’m going to be doing this show,” she told him. “What if you play my boyfriend on the show?” she asked. After consulting with a few friends, Walter opted for his 15 minutes of fame. “It’s just like acting,” he says of the gig and as for his portrayal on the show, he says, “I’m laid back. They did a great job.”

After watching the show, Walter admits that he was a bit surprised to see all of the marriage talk, and as for Kenya’s press claims that Walter didn’t marry her because he was gay, Walter explains, “I’m well established here. Gay has never been in the block. Why she would say that, I don’t know.”

While fans have speculated that Walter was essentially “bought” by producers for a ratings draw on the show, Walter claims that was not the case. “It was our secret,” he claims. So, producers knew nothing.. allegedly.

Here is the full interview in two parts:

Kenya responded to Walter, calling his “Deceitful and hateful,” claiming that she wasn’t in on the fact that the relationship was fake:

“The truth is and has always been that I want to be in a loving, honest, long-term relationship with someone who genuinely loves me for me — Walter’s recent statements are completely false. I am embarrassed that I allowed a deceitful and hateful person in my life.

He says he ‘did it for fame.’ I’ve been humiliated enough by appearing desperate for a man to marry me who now admits he had his own agenda. I urge viewers to stay tuned because the truth will come to light. I am moving on from this situation and hope he can as well with respect and dignity going forward. I have heard the fans and my friends loud and clear … I can do better than Walter, and I will.”

UPDATE: When Andy Cohen asked Kenya whether or not her relationship with Walter was faked, she replied “I had dated Walter prior to The Housewives ever being an option or a possibility. When I knew I was moving to Atlanta, I had started communicating with Walter a lot more frequently. I would not waste my time pretending to be in a relationship when I have a worldwide stage to find me a man.”

Tune in to Real Housewives of Atlanta every Sunday night at 9/8c on Bravo.