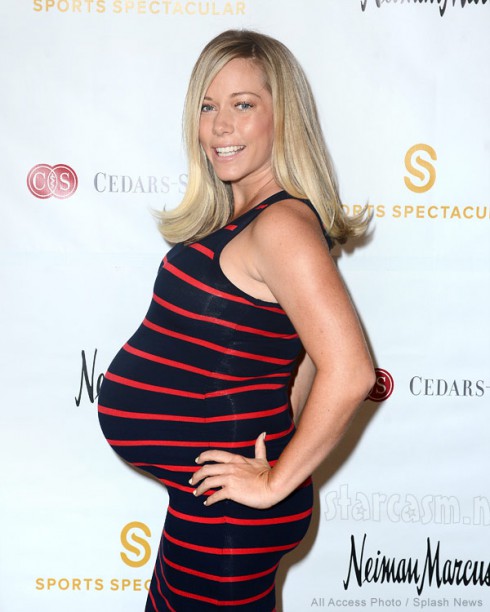 Kendra Wilkinson has just given birth to a baby girl! According to TMZ, Kendra had her little girl moments ago via C-section at Cedars-Sinai hospital in Los Angeles.

UPDATE – Proud papa Hank Baskett has spoken with US Weekly. “I feel great and I am so happy,” Hanks says, before adding that their baby is “healthy with all 10 fingers and all 10 toes.” So what about mom? “She is great and did an amazing job,” Hank says of Kendra.

Although there were no reported medical complications, Kendra and her reality show producers did run into a few other issues as the hospital prevented camera crews from filming and Kendra’s request for a deluxe suite was reportedly denied “because a mega-wealthy Russian lady locked it down,” according to the site. As long as Kendra and the baby are fine, a little added drama is always good for a reality show, right?

Kendra gave fans the heads up that she was headed to the hospital lat last night with the following tweet:

This is it guys. It's time. Love you all n tweet to ya again when I can. Xoxoxo.

So far, all has been silent from Kendra and husband Hank Baskett on Twitter since then. I’m sure we will be reading something as soon as Kendra’s able to get back on her phone!