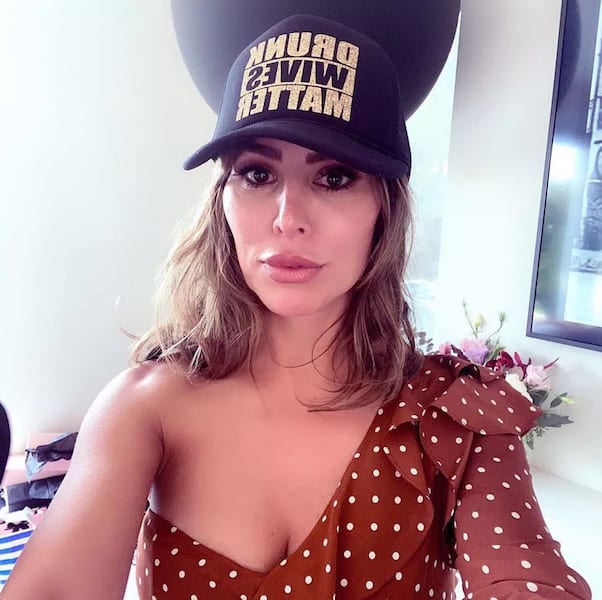 THE BLAST – She’s since apologized for it, but the Kelly Dodd Drunk Wives Matter controversy has already generated a huge backlash and led to gossip a-plenty that the RHOC star is not long for the show

CELEBITCHY – It says something — a whole bunch of things, really — that 15-year-old Claudia Conway’s TikTok videos are a legitimate behind-the-scenes look at the current White House and the people who live and work and get sick in it

DLISTED – An unfortunate Rest In Peace to the legend Eddie Van Halen, who died yesterday at 65 after a protracted battle with throat cancer. Eddie was a profound influence, often directly, on every shredder who came after; it’s not an exaggeration to say that without him, rock music would sound very, very different (and likely a lot less fun)

JEZEBEL – “On Friday, Rihanna put on a virtual Savage x Fenty fashion show and for a fleeting moment, all was well in the world. And then just as suddenly, it wasn’t. One scene from the show featured a track titled “DOOM” by French producer Coucou Chloe, which sampled a highly synthesized and remixed version of a recitation of an Islamic Hadith—a saying of the Prophet Mohammed (PBUH) which is considered to be sacrosanct within the religion—and once Muslims on the internet identified it, they immediately brought it to Rihanna’s attention with a slew of angry tweets explaining the offense”

REALITY TEA – Newbie Sutton Stracke would very much like to be invited back for the next season of Real Housewives of Beverly Hills; are you here for this?

GO FUG YOURSELF – “You Might Need Grace Jones Today,” says the headline, to which we all respond: What day would not be improved with a little Grace Jones?

VOX – Finally, because it is getting hard to keep up, here’s a comprehensive list: “Everyone in the White House cluster who has reportedly tested positive for the coronavirus” (As of today, the total is fourteen people)