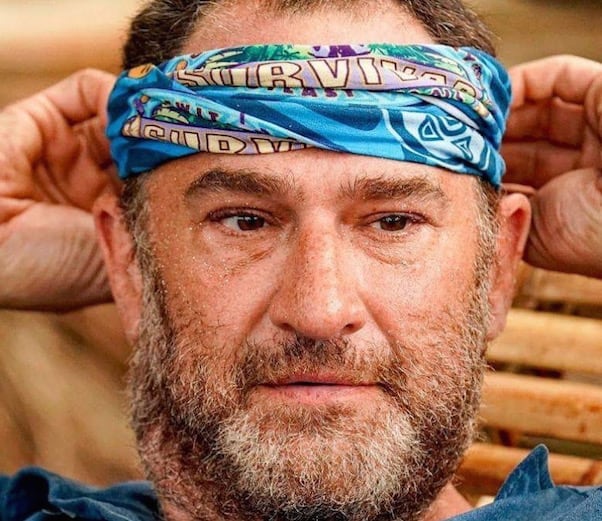 THE ASHLEY’S REALITY ROUNDUP – He just became the first person in Survivor‘s long history to get kicked off the show — but why was Dan Spilo ejected in the first place? Rumors are swirling about Spilo’s conduct toward female contestants, for which producers already reprimanded him once this season; the show’s most recent episode revealed only that Spilo had been “removed from the game after a report of another indicent, which happened off-camera and did not involve a player.” I’ll say

REALITY TEA – Brandi Glanville is talking about the upcoming season of Real Housewives of Beverly Hills, and she’s got some less-than-kind things to say about her co-stars. Namely that she thinks “some other women” stir up drama and talk sh!t simply because “they’re not involved in the fighting.” Also it looks like Brandi is going to out Dorit Kemsley’s phony wealth this season, so, look out

CELEBITCHY – Apparently there’s a Hollywood A-lister who’s been sending graphic and uncensored photos of himself to swinger couples all over LA. By “uncensored” I mean he’s supposedly not doing anything to hide his famous face (or his soon-to-be-famous dick). There are two good guesses as to the sender’s ID here and I think one of them is definitely more likely than the other

JEZEBEL – “Real Housewives of Atlanta‘s Marlo Hampton on Being a ‘Munty’ and, Yes, a Peacemaker”

LAINEY GOSSIP – One of these release dates will for sure get changed, but, for now, May 21 2021 is for sure Keanu Reeves day since both Matrix 4 and John Wick 4 are scheduled to come out that day

GO FUG YOURSELF – Matthew McConaughey really does look like “a truly fashion-forward elf” in this long green coat-slash-semi-dress thing, and it’s working for him (the tinted glasses don’t hurt either)

THE BLAST – Come for the headline about Christina and Tarek sticking together for yet another season of Flip or Flop; stay for the completely natural promo pic of these two so far apart you could race go-karts between them

THE BLEMISH – Well of course R. Kelly had a sex trainer to teach women how to best have sex with him; that was just assumed, right?

DLISTED – The first trailer for In The Heights is here, and it’s a doozy. The musical Lin-Manuel Miranda made before Hamilton (and which also won the Tony award for Best Musical) looks every bit a summer spectacular