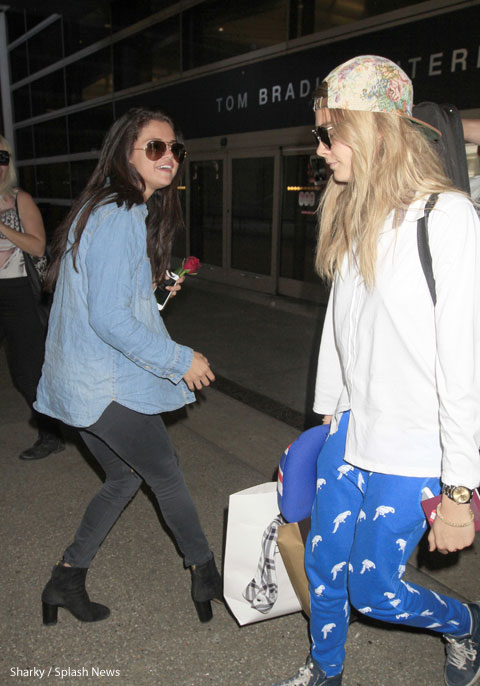 It looks like Selena Gomez has found a companion in model Cara Delevingne after parting ways with both her ex Justin Bieber, and her former friend Demi Lovato. Cara has also split with Michelle Rodriguez, who’s been living it up with Zac Efron lately.

Justin Bieber is reportedly so jealous of Selena’s new friendship with Cara that he’s been drunk dialing her. Insiders insist, however, that speculation that the two girls are dating are untrue. Besides, paparazzi shots from the girls’ South of France trip showed Selena getting close with a young man.

Beiber’s not the only celeb Selena’s having drama with. Earlier this month her long-time pal Demi Lovato unfriended her on Twitter and seemed to sub tweet her this message: “Swimming away from the bulls–t bye b–ch.”

Julianne Hough: Too hot for CMT but cool enough for Bieber shades