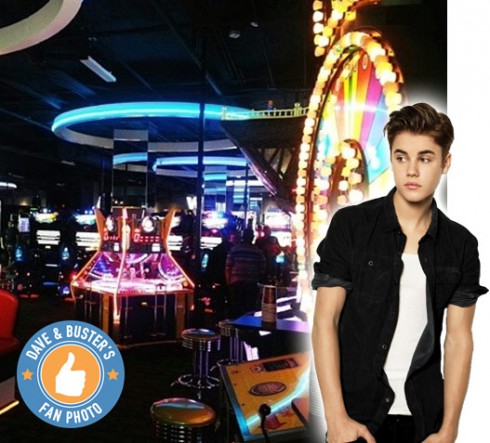 Justin Bieber and his forever on again-off again girlfriend Selena Gomez were cuttin’ up at a Dave & Buster’s Monday night when a fan started taking cell phone pics of the celebrities. Bieber is believed to have lunged at the amateur photographer in an attempt to snatch his phone and presumably delete the images.

Justin’s security, bless those guys because they stay busy, stopped Justin before he made any contact. The police were called about the situation but, as usual, Justin, Selena and their entourage were long gone by the time the authorities arrived.

Law enforcement sources tell TMZ that the guy wants to press charges against Justin Bieber because of course he does – adding that the “Baby” singer is being investigated and faces possible charges of attempted battery, attempted theft and attempted robbery.