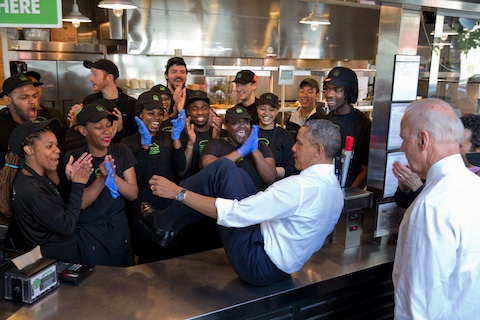 Every year since President Obama took office, official White House photographer Pete Souza has released a late-December “Year In Review” photo recap, featuring the best and most interesting images he and the rest of the White House’s photography crew captured during the year that was. It’s a thoughtful and helpful reminder that the president, regardless of the person who holds that title, is still a person, and is just as capable of nonsense and celebration as the rest of us.

The photo above, for example, was taken during a quick Shake Shack outing in May. President Obama asked Souza where he should stand for a group photo with the assembled staff, but, before Souza could respond, “the President jumped on the counter and slid onto the other side. The Vice President soon followed.” And it was thus that the Shake Shack Slide was born.

Here’s a look at a few of the more candid and / or heartwarming images from the YIR: 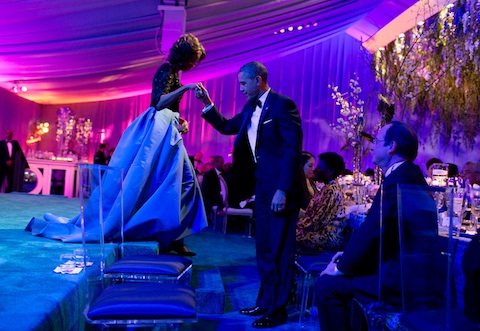 The President helps the First Lady off the stage after Mrs. Obama thanked the White House chefs during a State Dinner for President François Hollande of France. 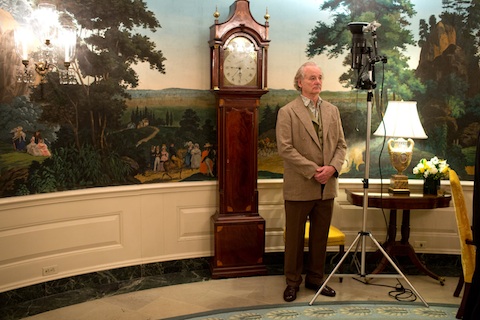 The President invited the cast of the George Clooney film The Monuments Men to the White House for a screening. That cast includes Bill Murray, who, according to rumor, is a bit of a jokester. Before the President came into the room to meet the cast, a handler told everyone where to stand. When President Obama arrived, everyone moved to greet him–except Murray, who explained, “They told me to stand here.” 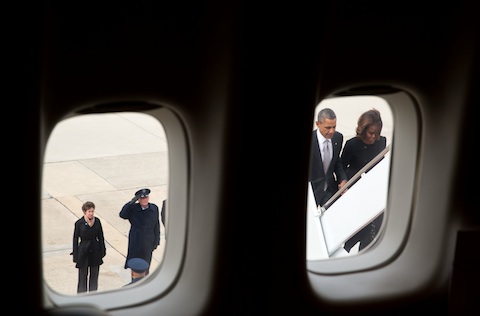 Look familiar? It ought to–Souza was struck by his photograph’s similarity to the first teaser trailer for season three of House of Cards. (The photo was taken about nine months before the trailer came out, lest any cynics in the audience get the wrong idea.) 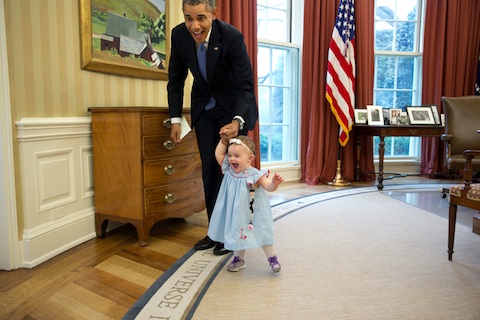 A former White House Deputy Press Secretary stops by with her family to say hello to the President. The former employee has a one-year-old niece. The President walks the niece around the Oval Office. The result? Delightful. 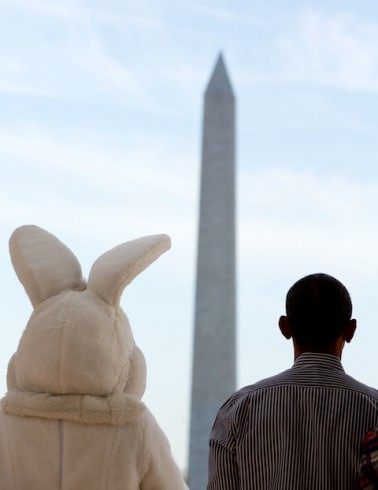 The President’s reaction to this Easter photograph: “The two most famous sets of ears in Washington.” 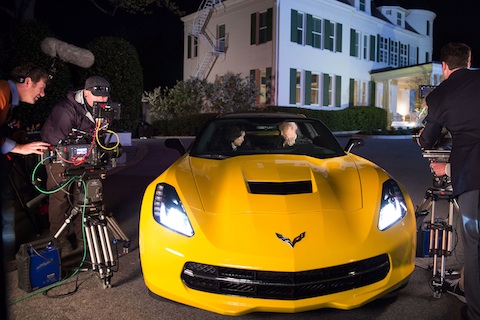 A candid shot of a scripted moment: Here’s Vice President Biden filming a scene with Julia Louis-Dreyfus’ fictional Vice President on the HBO show Veep. (Which, if you haven’t seen the two of them hanging out, you really must.) 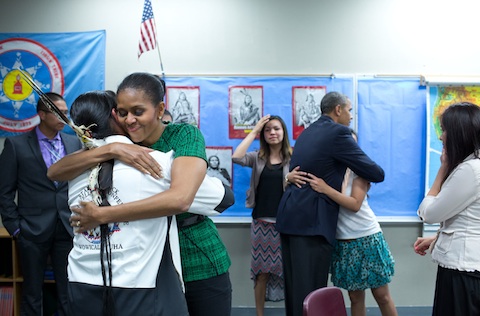 The President and First Lady had such a positive June meeting with members of the Standing Rock Sioux tribe in North Dakota that they invited them back to the White House for an autumn visit.

The collection is really a wonderful piece of work. To check it out in full, head on over to the White House.