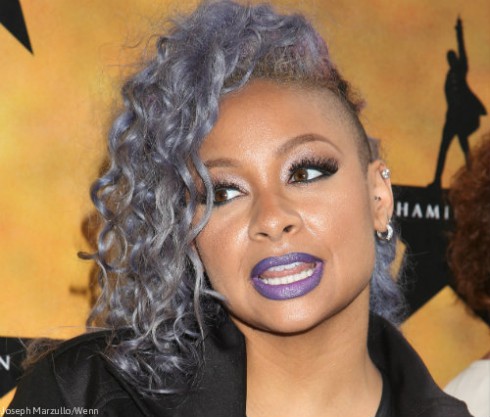 Raven-Symone backtracked on Sunday after leaving the public, her co-hosts,and even her own dad baffled by comments on The View about how she would readily discriminate against a job applicant with an ethnic name.

In the episode of The View on October 8, the panelists were discussing study from the Journal of Evolution and Human Behavior that found people conjure up an image of a more intimidating person if that person has a “black-sounding” name. That’s when Raven-Symone weighed in…

Just to bring it back, can we take back “racist” and say “discriminatory,” because I think that’s a better word. And I am very discriminatory against words like the ones that they were saying in the video. I’m not about to hire you if your name is Watermelondrea. It’s just not going to happen. I’m not going to hire you… Is that mean?

She almost immediately faced criticism on social media and from her dad, who said Raven-Symone’s statement was an “inexcusable gaffe.” He added, “Her Mother and I Love her Very much and will always support her and have her back. Even if sometimes……….she says some dumb S#%T.” On Sunday, Raven also took to social media to (kind of) apologize for the comments that “spun out of control”:

I’d like to begin by saying that I was not attacking a specific race, but repeating a name that was said in a viral video which has received over 2 million likes.

I have been denied many jobs because of my skin color, body size, and age. Each time I was rejected, my self esteem was negatively effected, so i empathize with those who feel victimized by what I said. We would hope that when it comes to hiring, our names, physical appearance, sexual orientation, and age would never outweigh our qualifications, but often times, they do, thats the truth and it sucks. But I should not be part of the problem, I should be part of the solution.

As an equal opportunity employer, I have never discriminated against a name….even though I said I would, it’s not true. My comment was in poor taste. My lack of empathy towards name discrimination was uncalled for.

It’s worth noting this isn’t the first time Raven-Symone has enraged people because of her thoughts on race: Last year, she told Oprah she doesn’t want to be referred to as African-American because she’s tired of labels. Despite criticism, she later doubled-down and said she thinks “American” is a more fitting term because her family “has been here for almost 400 years.”