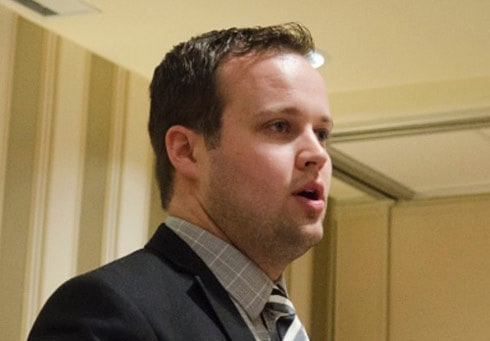 Despite reports to the contrary, Josh Duggar will not be appearing on the upcoming season of TLC’s Counting On.

The embattled reality TV star has slowly been working his way back into a more public life following his 7-month-stay in a faith-based rehab, after he acknowledged an addiction to pornography as well as being unfaithful to his wife.

In May, the oldest of the Duggar children was photographed as he returned to his old job of selling used cars. A family friend posted the following photo on Tuesday that included Josh and his wife Anna celebrating Cow Appreciation Day at an area Chic-Fil-A:

A number of folks chimed in with words of encouragement for the husband and wife in the comments section of the Instagram share. “For the Josh & Anna haters….Its about what makes Anna happy not what makes us happy. Its not our world its theirs, its not our marriage its theirs, not our life but theirs ? if they are happy then i am happy for them ?. No single relationship or person is without fault, so let them deal with their issues and keep your “opinions” in your own lane,” one supporter wrote.

While the aftermath of the scandals involving Josh has been discussed in detail on Counting On, a source with the network told People that any reports that Josh would be appearing on the show this season were “absolutely untrue.”

Anna Duggar’s parents are “more extreme” than the Duggars; she probably didn’t know the meaning of rape before she got married