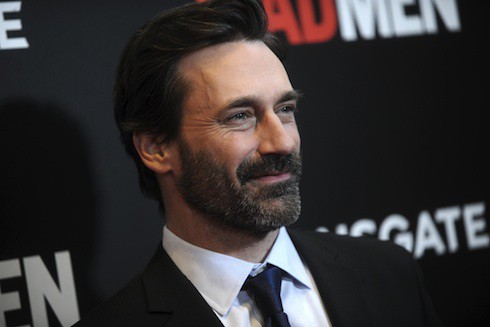 Jon Hamm, who rose to fame playing alcoholic playboy Don Draper on the hugely successful Mad Men, has just acknowledged his own private battles with alcoholism. Hamm admitted that he has just finished a thirty-day stint in a treatment facility, in advance of the seventh and final Mad Men premiere.

Hamm had and continues to have the support of filmmaker Jennifer Westfeldt, his longtime girlfriend. He had been at the Silver Hill Hospital in New Canaan, CT, for the duration of February. The facility is associated with Yale University.

Though Hamm hasn’t spoken publicly about his time in rehab, he and Westfeldt have “asked for privacy and sensitivity going forward.” One question that the acknowledgement raises, as the Washington Post also asks, is the psychological toll of playing such a powerfully anti-heroic character for so long. James Gandolfini, for example, was known for erratic and sometimes troubling behavior on the Sopranos set, particularly early in that show’s run.

Opioid Crisis: Staff in a Philadelphia library are trained to administer overdose antidote Narcan to patrons

Why is Jon Hamm wearing a beard?