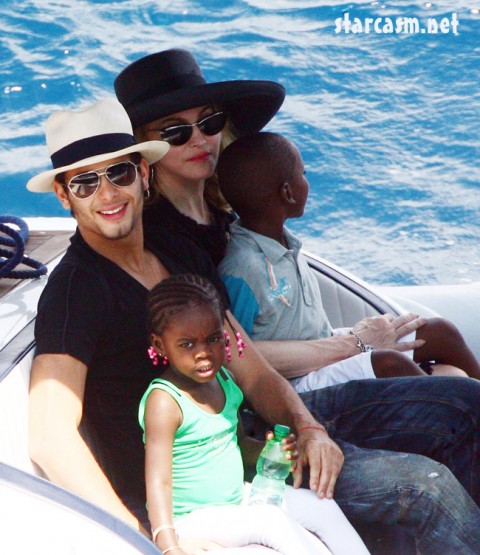 At her celebration for being over a century old Madonna announced to the world that she loves Jesus Luz. This isn’t just some fling, apparently. Not only does she love him, but she loves him more than anyone, ever. Take that Guy Ritche!

Madonna probably loves Jesus because he keeps quiet, stays pretty, and does what he’s told. He also probably has an undiagnosed myopia, and has never seen Madonna’s arms in anything other than soft focus.

At a birthday bash in Italy for the 51-year-old pop queen, she delivered a little speech before kissing Jesus with a fervor unknown to human women. Here’s what she said:

“He’s the love of my life. He has been so strong around me. I can’t thank him enough.”

Translation: “He’s half my age with a hot body and a simple mind. My ego has never felt this good.”

This is how Super Cougers do it. Take notes, Jennifer Aniston.