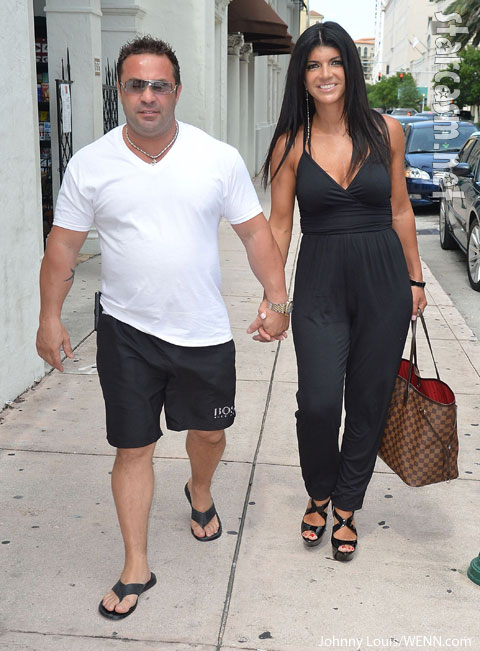 It looks like “Juicy” Joe Giudice might be going away for at least a little while. The husband of Real Housewives of New Jersey‘s Teresa Giudice was in court Tuesday, where his attorney asked for more time to negotiate a some sort of resolution for his pending criminal fraud and impersonation charges. It looks like, however, that no matter how much time they get to work it out, he is guaranteed to spend some time in the slammer, which could be up to ten years.

Joe has already rejected a deal offered by the state of serving five years in prison.
Superior Court Judge Greta Gooden Brown in Paterson told Joe’s attorney Miles Feinstein “How much time are you looking for? You’ve already had a lot of time, to be honest.”

Chief Assistant Prosecutor Jay McCann said “some sort of jail time will be part of any plea offer, as the charges are too serious to allow a probation-only sentence.”

The troubled started January 2010 when 42-year-old Giusepee Joe Giudice had his driver’s license suspended after flipping his truck and getting a DWI. At that time, he had already accumulated 39 points on his license for a laundry list of violations like “speeding, leaving the scene of an accident, careless driving, failing to maintain lamps, failing to wear a seat belt, driving with a cell phone and failing to pay parking tickets.”

At that point the situation wasn’t dire, but authorities allege that Joe made matters much, much worse by obtaining a fraudulent driver’s license by bringing his 39-year-old brother Pietro Giudice’s marriage and birth certificates to the Motor Vehicle Commission. Authorities became aware of what happened when Pietro was stopped at a routine traffic stop. His license was run, and Giuseppe “Joe” Giudice’s very recognizable photo came up.

This all makes Teresa’s “My Life Without Joe” June 2011 In Touch cover all the more little prescient: 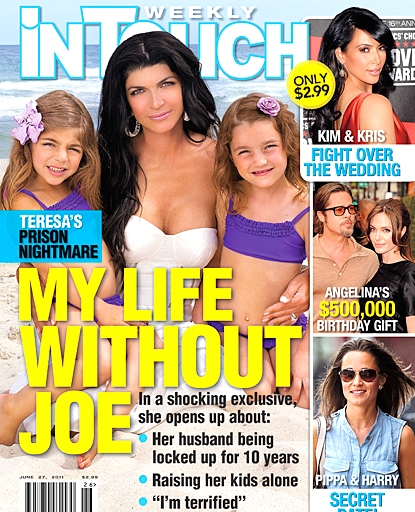