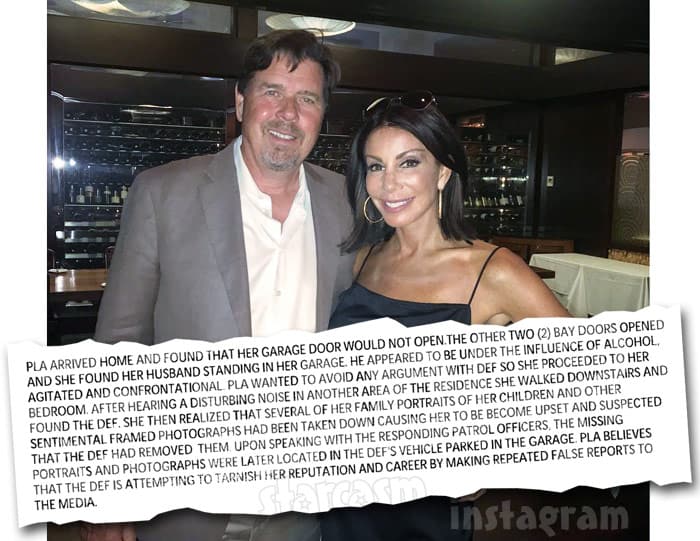 The short-lived marriage between Real Housewives of New Jersey star Danielle Staub and husband Martin “Marty” Caffrey continues to rapidly disintegrate as Danielle has filed a restraining order against Marty after an alleged incident at their home in which he “appeared to be under the influence of alcohol, agitated and confrontational.”

According to the filing, the incident occurred just after midnight Monday morning. Danielle arrived at her Englewood, New Jersey home and found that the garage door that she usually uses would not operate. “The other two bay doors opened an she found her husband standing in her garage,” reads the official narrative. “He appeared to be under the influence of alcohol, agitated and confrontational.”

Danielle says she wanted to avoid a confrontation, so she entered the house and went to her bedroom. While in her bedroom, Danielle says she heard a “disturbing noise” in another part of the house, so she went downstairs and discovered Marty there. “She then realized that several of her family portraits of her children and other sentimental framed photographs had been taken down, causing her to become upset.”

Danielle expressed her suspicions to officers that Marty had removed them, and they were later discovered in Marty’s vehicle in the garage.

In addition to the specific incident above, Danielle also claimed that Marty “is attempting to tarnish her reputation and career by making repeated false reports to the media.” I assume Danielle is referencing, at least in part, Marty’s three-page statement about their marital difficulties in which he called Danielle “arrogant, disrespectful, presumptuous and entitled” — among other things. 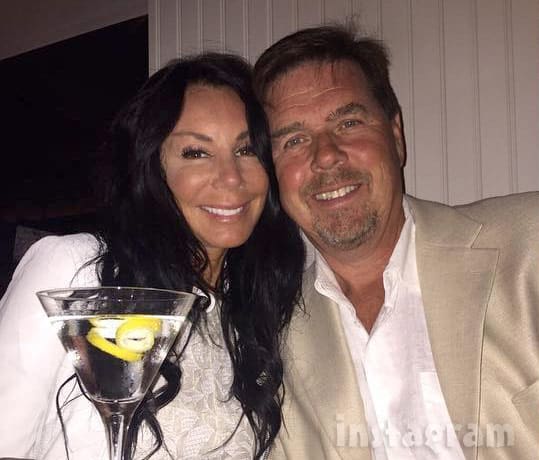 In addition to being “prohibited from having any oral, written, personal, electronic, or other form of contact or communication” with Danielle, the restraining order also states that same conditions apply to Marty in regards to Danielle’s daughters Jillian and Christine. It also orders Marty to surrender any and all weapons in his possession or risk being arrested.

The couple have a hearing scheduled for August 20.

In case you missed it, Danielle and Marty were married in the Bahamas back in May. The Bravo cameras were rolling, of course, as Danielle’s wedding party included her RHONJ co-stars Melissa Gorga and Teresa Giudice.

Maria Shriver’s “How Do I Transition?” video foreshadows split