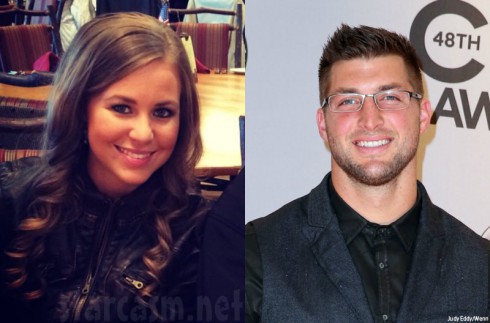 Is Jim Bob Duggar hoping to score a touchdown with a prospective husband for Jana Duggar? According to a new report, Jim Bob is trying to set his oldest daughter up with famed quarterback Tim Tebow.

“Jim Bob is no dummy,” an insider told Star Magazine this week. “Tim would be a perfect addition to the family and a feather in his cap. Can you imagine the press attention a Tim-Jana wedding would get?”

The idea isn’t entirely crazy: Similar to the Duggars, the 27-year-old Heisman Trophy winner is very outspoken about his Christian faith and previously said he planned to remain abstinent until marriage. What’s more, the two families are at least casually friendly… 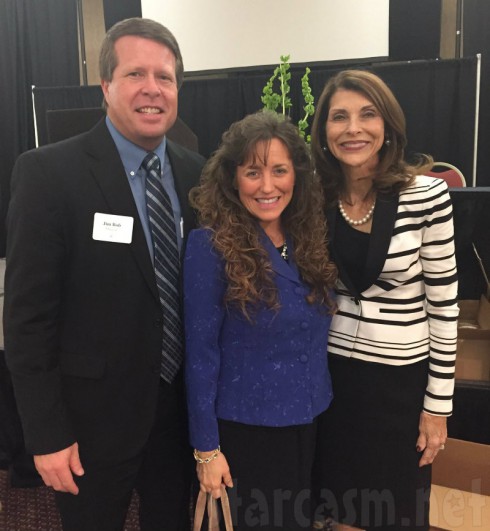 Jim Bob and Michelle posted the above picture on Nov. 11 and said, “We enjoyed hearing Pam Tebow (Tim’s mom) share tonight at the Loving Choices crisis pregnancy center banquet! A great lady and a great cause!”

However, that’s the same day that Jana and Tim rumor started — in a Free Jinger thread called “Start Your Own Duggar Rumor!” — when someone jokingly posted, “Jana is in the getting to know stage with Tim Tebow. She is considering asking him out soon but with two sisters getting married and the holidays coming she’s not sure she has the time to devote to a new relationship. Jim Bob is trying to get her to skip dating and go straight to engagement so she can be married by Christmas. She’s worried this will scare off Tim and ruin everything.”

That same week, Jana confirmed she isn’t currently in a courtship. She said, “I just think for me I am just waiting and we’ll see… When God brings that one along it will be his timing.”