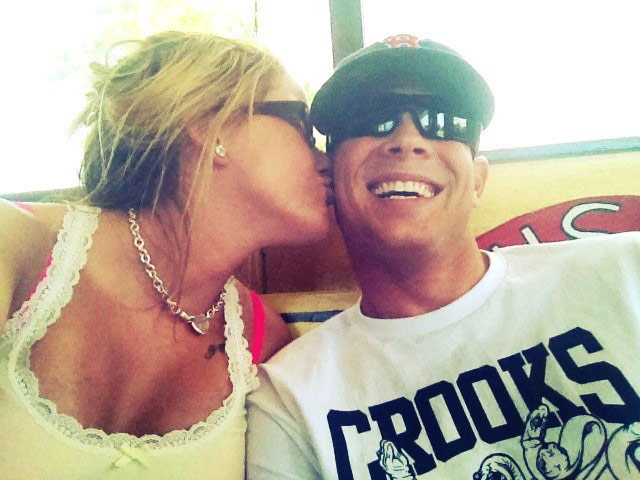 Last night Radar Online published nude photos of Teen Mom 2 star Jenelle Evans taken before and just after her breast augmentation surgery on Wednesday, May 2. Surprisingly, there was no reaction from Jenelle, her ex Kieffer Delp, or current boyfriend Gary Head – but that could be because they were all asleep when the photos were posted just before midnight. Today all three were talking about it with their followers, revealing that is was Kieffer who provided the photos.

Jenelle, heartbroken by the betrayal, explained what happened:

I was f***ed up off of anesthesia after the surgery. I didn’t kno he took the after photos. The before photos took without me lookin and told me he deleted them thats why I was laughing in the pic cuz I’m like lol stop

Kieffer responded by tweeting, “I would have never done it if she didn’t brake my heart then talk shit about me for it.” 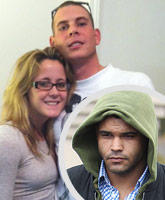 Jenelle’s Marine boyfriend chimed in as well, tweeting “I’m so sorry baby. He will get his. Trust me.” And then, “[Kieffer] is a low life piece of sh**. His true colors showed.” “He should just go kill himself. People love his green hoodie more than him.”

And apparently Gary knew about Kieffer’s plans ahead of time and tried to warn Jenelle. He tweeted earlier today about Kieffer, “he told me he was gonna do it and I warned her to smash his phone. She didn’t believe me though.”

Meanwhille, Jenelle seems heartbroken by the whole thing, sharing a number of tweets like:

Think I’m going to have a nervous breakdown. Can’t stop crying. Wish I could be held right now in @gary_head ‘s arms.

I’m so upset and depressed. Words can’t describe. Now the whole world can see me naked. I can’t stop crying.

Omg still crying. I can’t handle this. Been crying since 5am.

I just want to throw my phone away, find out who is really there for me…

Going to spend time with my family tonight, I need it. 🙁 need to see the most important man in my life, JVE [her son Jace]

Jenelle’s fans offered up a wave of support, with many pointing out that if Kim Kardashian could survive a sex tape, then surely she could survive this. And Gary Head made sure she knew he was there for her by tweeting, “I love you baby and this to shall pass. Keep your head held high and I’m here for you.”

Plus, the photos are edited at least – and people really do have short term memories. But, Jenelle, the next time a boyfriend snaps a picture of you nude, you make sure you get his phone and delete it!

UPDATE – Radar Online has apparently shared at least one of the original unedited photos with another site because Egotastic.com posted a Jenelle Evans nude uncensored picture earlier today.