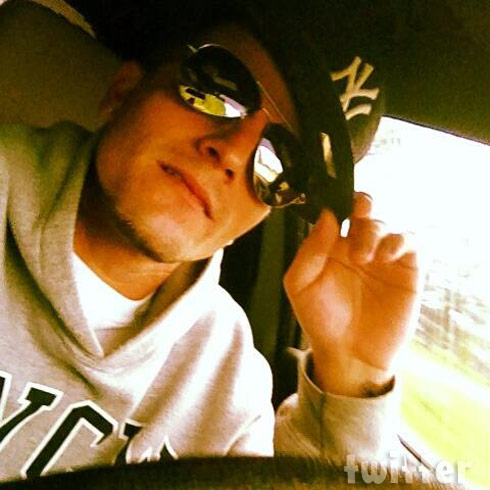 Courtland Rogers, the estranged husband of Teen Mom 2 star Jenelle Evans, was released from prison earlier today after serving 90 days of a 9-month sentence after violating his probation stemming from his headline-grabbing arrest on April 23 when he got into an altercation with Jenelle and police found 12 bindles of cocaine in his possession.

Courtland quickly returned to his favorite pastime of tweeting and updated his fans on his newfound freedom: 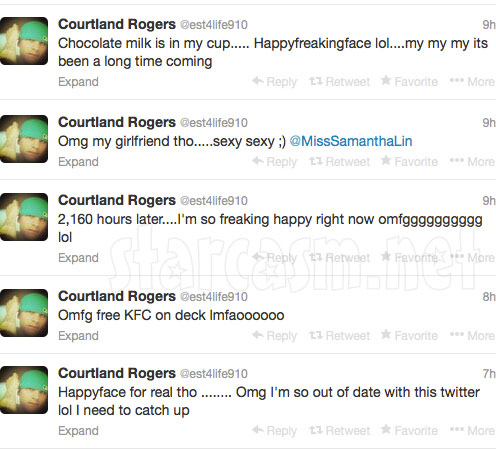 Courtland’s girlfriend, exotic dancer Samantha Ferrell, has been eagerly awaiting his release, and even shared a love note Courtland wrote her while he was locked up back in December. She tweeted “Probably one of the sweetest letters I’ve received from my sweetheart. 🙂 ” and posted this photo of the letter from Courtland: 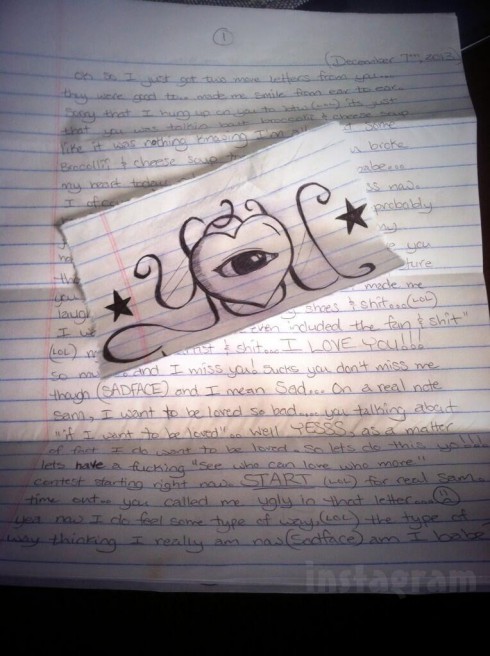 Here are some transcribed excerpts from the letter:

OK so I just got two more letters from you… they were good to.. made me smile from ear to ear. Sorry that I hung up on you to btw (???) its just that you were talkin bout broccolii & cheese soup like it was nothing knowing I’m all about some Brocollii & cheese soup…”

…I LOVE YOU!!! so much and I miss you! Sucks you don’t miss me though (SADFACE) and I mean Sad… On a real note Sam, I want to be loved so bad… you talking about “if I want to be loved” .. Well YESSS, as a matter of fact I do want to be loved. So let do this yo!!! lets have a f***ing “see who can love who more” contest starting right now. START (LOL) for real Sam.. time out.. you called me ungly in that letter… 🙁 yea now I do feel some type of way. (LOL) the type of way thinking I really am now (Sadface) am I babe? 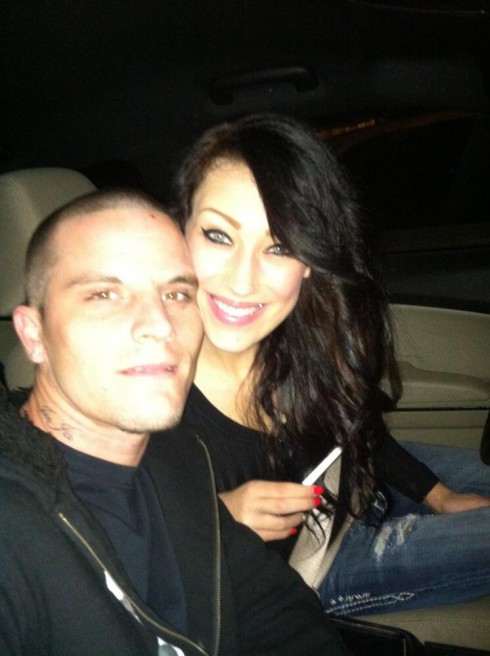 So far there is no word on the couple’s current plans, but in an interview just after his arrest, Samantha revealed that she and Courtland wanted to relocate out of state when he got out.

Meanwhile, Jenelle Evans and her boyfriend (and future father of her unborn child) Nathan Griffith are currently in New York City filming the Teen Mom 2 Season 5 Reunion. She has not mentioned Courtland’s release yet on Facebook or Twitter.