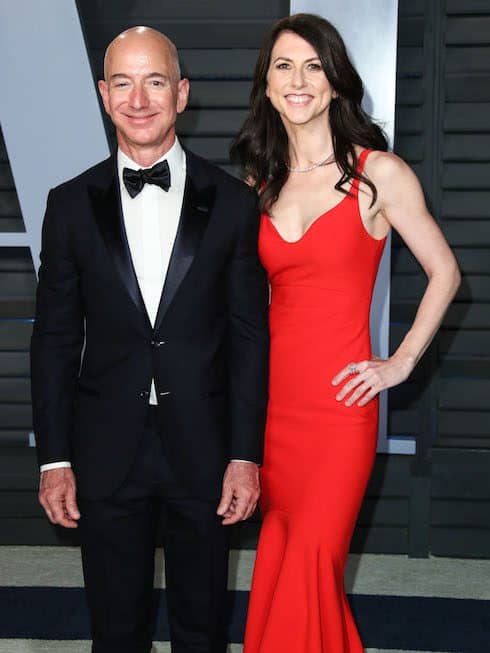 JEZEBEL – Jeff Bezos apparently sent dick pics to his mistress — and they’re now in possession of at least one tabloid. So we can all rest assured that if his divorce saga gets ugly enough, the Jeff Bezos dick pics will be unleashed upon the world by whichever party stands to benefit the most from the “unsparing close-up” shot going public

REALITY TEA – On Watch What Happens Live, Danielle Staub confirmed that she sold Marty Caffrey’s ring to pay for her divorce from him, though that was actually the least surprising moment on the show

THE BLEMISH – It’s now being reported that Meghan Markle finds being a royal “incredibly stressful” and is “miserable” in general. Based on what little I know about British life in general and the royal family in particular, it sounds like she’s got it exactly right

THE BLAST – Cardi B got served in the lawsuit stemming from the fight she got in at last year’s Met Gala while walking onto the set of the net Netflix show she’s filming. And there’s video

VOX – The government shutdown means no one is staffing the still-open National Parks, so naturally people have taken to crapping everywhere, spraying graffiti on natural monuments austere enough to make a teenager blush, and chopping down trees

LAINEY GOSSIP – Leonardo DiCaprio and his new-seeming girlfriend Camila Morrone have been together for an entire year? Are we absolutely sure she wasn’t replaced with yet another younger version at some point? Has Leo been with one woman this long since before Camila was born?

DLISTED – Minor league baseball player Tim Tebow is engaged to Miss Universe 2017 Demi-Leigh Nel-Peters, but the real story is what he reportedly said to her as he put the ring on her finger