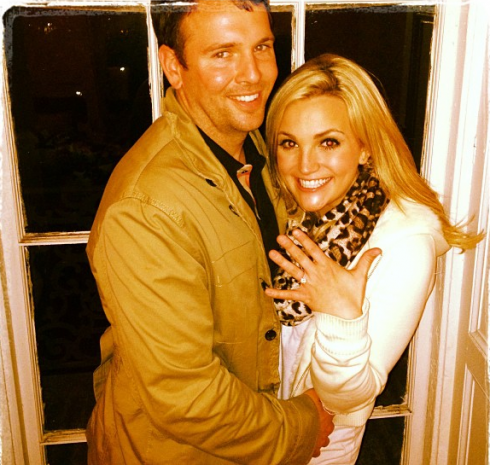 Jamie Lynn Spears has been out of the headlines for a while, but last night she found a way back in by announcing her engagement to her boyfriend of three years, Jamie Watson, via Instagram late Saturday night. She uploaded a picture of her and her fiance, with her enormous engagement ring on with the caption, “Guessssss what??????” 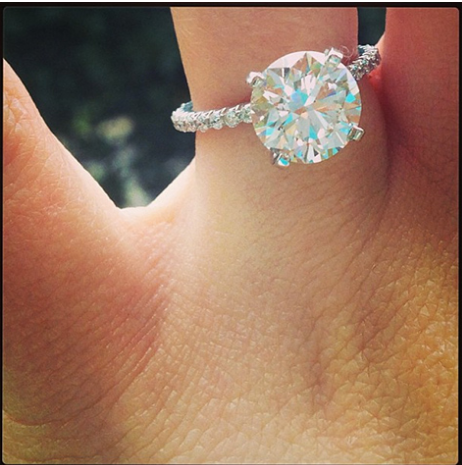 This not Jamie Lynn’s first engagement. The former Zoey 101 star made headlines in 2007 when she announced via Ok! Magazine that she was pregnant at the age of 16 by her then-boyfriend Casey Aldridge. They got engaged March 2008 before daughter Maddie Briann Aldridge was born that June, but the engagement was called off by 2009. The couple reconciled, but broke up again in 2010. She started seeing Jamie Watson in early 2010, after one of her breaks from Casey.

We dug a little deeper and found out that during one of her breaks from Jamie in 2011, Jamie actually went back to Casey for awhile.

Though Jamie Lynn and Jamie Watson have been on-and-off- again for a while, hopefully this is the last engagement for Jamie Lynn!

Listen to Rihanna and Chris Brown’s controversial Birthday Cake Remix; are they getting back together?