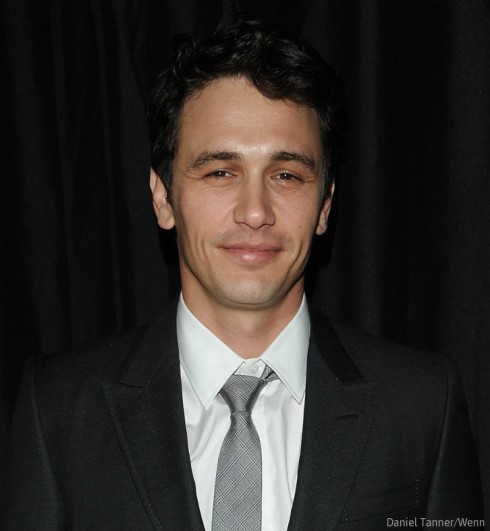 James Franco admitted during today’s Live! With Kelly and Michel that he recently participated in a questionable conversation with 17-year-old Lucy Clode.

“I didn’t want to come on the show and feel awkward. So, yeah. I mean I guess, you know, I’m embarrassed, and I guess I’m just a model of, you know, how social media is tricky,” the 35-year-old actor said, according to E! News. “It’s a way people meet each other today. But what I’ve learned I guess just because I’m new to it is like, you don’t know who’s on the other end. You meet somebody in person and you get a feel for them but you don’t know who you’re talking to, and, you know? So I used bad judgment. I learned my lesson.”

Host Kelly Ripa reassured James that embarrassing situations “happen to everybody.” She said he handled it well by being honest with the public.

Michael Strahan agreed, saying, “I always think honesty and not avoiding anything is always the best policy and I appreciate that.”

Still, others remain convinced the chats were fabricated as part of a large promotion for James’ new film, Palo Alto. In the movie, which is based on James’ collection of short stories by the same name, James plays a soccer coach who gets involved with one of his high-school players.

The trailer for the film came out almost simultaneous to the chatting controversy — providing five weeks for anticipation to build before the movie’s May 7 premiere.

As Entertainment Weekly‘s Hillary Busis noted, “This is just the sort of thing we’ve come to expect from Hollywood’s most irrepressible meta-artist. Plus, someone as plugged-in as Franco is couldn’t possibly think he’d get away with propositioning a teenage stranger, right? Right?”

I’m torn on whether the chats are authentic or elaborate media stunts. But, one thing is clear: This turned out to be a win-win for James, who’s building hype for his film while letting others think he isn’t actually the type to hit on teen girls.

PHOTOS Tori Spelling and James Franco in Lifetime’s Mother, May I Sleep With Danger? remake

Why is James Franco bald?