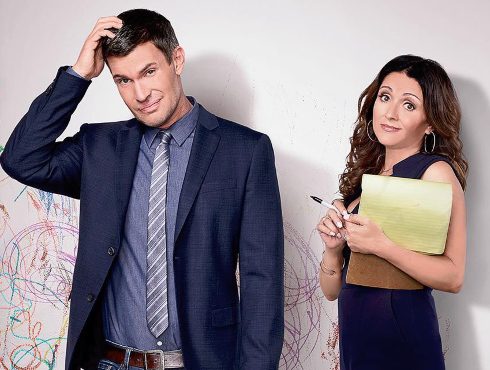 It’s the end of an era. Flipping Out’s Jeff Lewis and Jenni Pulos have reportedly gone their separate ways.

Details are unclear at this point as to exactly what happened to cause such a serious rift in their relationship, but their falling out is said to have occurred several months ago during filming of the eleventh season of Flipping Out.

“It was a horrible fight that was uncomfortable for everyone around them to watch,” a source told People. “There were too many hurt feelings there and they both just unleashed on one another.”

Since then, the two have not spoken.

This isn’t the first time the pair have had major issues. Remember back in 2012 when Jeff sued Jenni over a book deal? They’ve always been able to settle their differences, but sources say there’s no coming back from this.

“They’ll never film together again. Jeff has cut people out of his life before who wronged him, and that’s where Jenni sits now,” the source explained.

Jeff and Jenni are not just cast mates on a reality show, they have been friends for over 20 years. Despite their history, the two are on different paths in life.

“It was a combination of things,” another source added. “They both had different priorities pushing them in opposite directions. … It was only a matter of time before it eventually exploded.”

People reached out to Jeff, Jenni, and Bravo but so far, no comment from anyone.

Don’t forget to tune in to Flipping Out when the new season premieres on Tuesday, September 11 at 10/9c on Bravo.