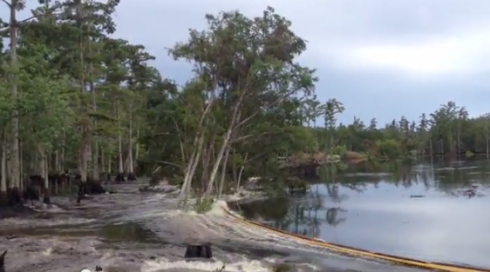 The video below will render your mind useless for the rest of the day, possibly the rest of your life. Ok, that was a bit hyperbolic, but trees aren’t supposed to move like that.

I’m still not over the story from earlier this year about the sinkhole that opened up in the middle of a Florida house and sucked in a man sleeping in his bed. The earth literally opened up and swallowed him.

This Louisiana sinkhole is a 25 acres big collapsed salt dome that has been growing for over a year, and is threatening the nearby community.