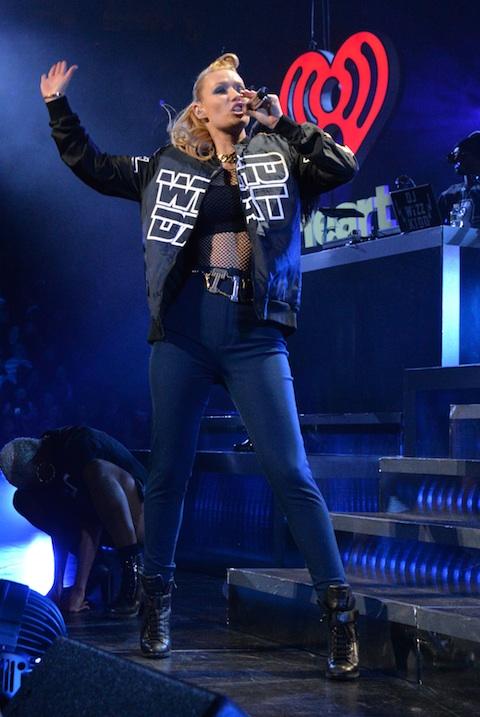 Iggy Azalea’s The New Classic just snagged four Grammy nominations, but the heir to the title of World’s Best-Beloved Booty isn’t resting on her haunches.

Instead, Iggs is taking her show back on the road.

Azalea just announced her latest round of tour dates, and they are as extensive as she is popular. Dubbed “The Great Escape Tour 2015,” the trek will see I-Aza (as she is increasingly known) schlep all around America and Canada this spring.

The Iggster announced the batch of shows on Twitter. Paired with that announcement? The opening acts: Nick Jonas tops the list, and he’ll be joined as a warm-up by sultry R&B star Tinashé, plus DJ Whizz.

Want the dates? Check it:

Why is Iggy Azalea feuding with Papa John’s Pizza?