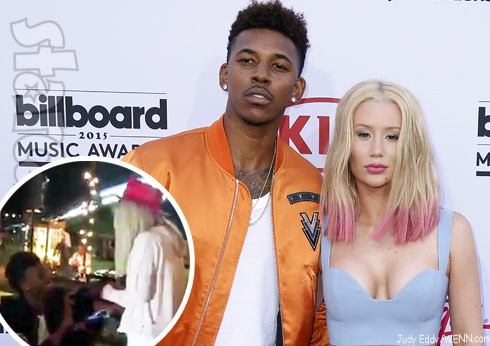 Iggy Azalea wants us all to know that she and Nick Young are still together. She also wants interviewers to lay off on asking any more questions about their relationship.

A video surfaced a few weeks back of Young allegedly confessing to cheating on Azalea. The wild background on how it was Young’s LA Lakers teammate that made the video, combined with the scandalous nature of the apparent reveal, had everyone wondering about their romantic status.

As Iggy’s been out doing interviews and appearances to promote her career, she’s been asked about the subject and has not shied away from answering the questions. But, her tweets yesterday indicate that she’s had about enough of all that:

For the record, i havent broken up with Nick. We are together and i would love to be given a little (a lot) of privacy on the matter.

I always answer questions honestly. But my job is to promote my music, not my relationship. Id love to be interviewed about the former only.

During a recent radio interview, Azalea said that she would snip off a quarter of Young’s penis if she ever caught him cheating. Adding fuel to the rumor fire, she was recently photographed out and about without her engagement ring on.