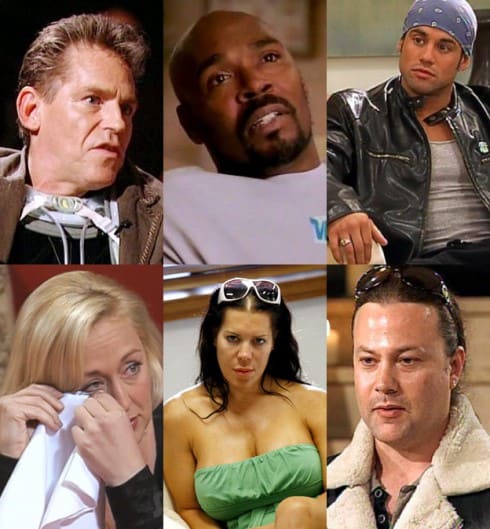 VH1’s former show, Celebrity Rehab with Dr. Drew, has lost another alumni with the death of wrestling legend Chyna at age 45.

With the loss of Chyna, real name Joan Laurer, there’s now been six former cast members of the show that have passed away:

Alice in Chains bassist Mike Starr died on March 8, 2011 at the age of 44. Dr. Drew said that he passed away due to  “a prescription-drug overdose.”

Grease star Jeff Conaway died on May 27, 2011 at the age of 60 after being taken off life support. The Los Angeles County coroner ruled his death to be accidental and caused primarily by a major internal infection.

Rodney King died on June 17, 2012 at the age of 47. His autopsy revealed that “the effects of the drugs and alcohol, combined with the subject’s heart condition, probably precipitated a cardiac arrhythmia and the subject, thus incapacitated, was unable to save himself and drowned” after he was found at the bottom of his swimming pool.

Real World cast member Joey Kovar died of an opiate intoxication on August 17, 2012 at the age of 29.

Country music singer Mindy McCready died on February 17, 2013 from a self-inflicted gunshot wound at the age of 37.

The backlash that Dr. Drew Pinsky received over the deaths of former cast members directly resulted in his decision to end the show.  In a May 2013 radio interview Pinsky said, “It’s very stressful and very intense for me… To have people questioning my motives and taking aim at me because people get sick and die because they have a life-threatening disease, and I take the blame? Rodney King has a heart attack and I take blame for that?”

“These are really sick people, that’s why they die. These are people with life-threatening addiction. Bob [Forrest] and Shelly [Sprague] and I ran a program for 20 years and [for ‘Celebrity Rehab’] we do what we always do and just let them run the cameras,” he said adding, “I don’t have plans to do that again. I’m tired of taking all the heat. It’s just ridiculous.”

Dr. Drew has yet to comment on the passing of Chyna. Fellow season 1 participant Mary Carey tweeted out, “I love you Chyna.”