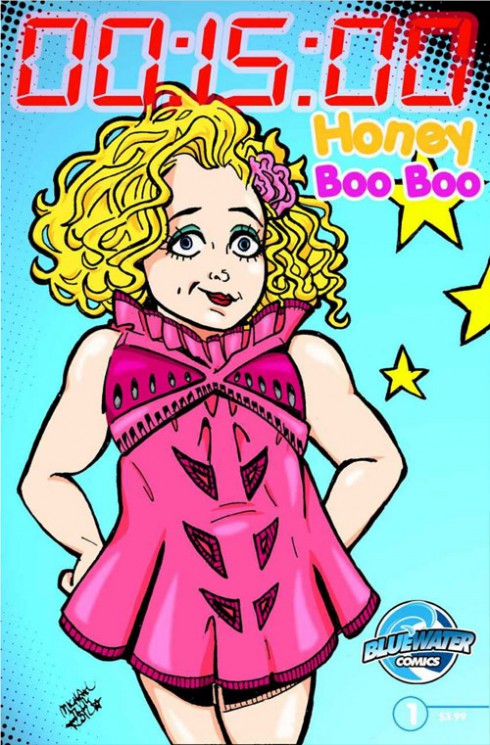 Reality starlet Alana “Honey Boo Boo” Thompson is continuing her bid to become the Pageant Queen of All Media, and her latest step is is in the realm of two-dimensional superheroes and superheroines. That’s right, Honey Boo Boo is getting her own comic book!

TLC’s Supergirl is the latest addition to Bluewater Productions series of “15 Minutes” biographical comics that focus on reality stars. From the publisher’s website:

You better redneckomitize! Bluewater Productions continues it’s examination of the under belly of FAME in the second installment of their new “15 Minutes” biography comics line that focuses on the stars of reality television. Alana Mitchell better known to the world at large as pint sized pageant queen “Honey Boo Boo”. Join writer/artist Michael Troy as we uncover Honey Boo Boo’s rise to FAME from her breakout appearance’s on Toddlers and Tiara’s to landing her very own reality series. Discover why self-named “Honey Boo Boo” has garnered the attention, if not the hearts from Anderson Cooper to The White House.

“Andy Warhol’s quote about 15 minutes of fame is one of my favorites and as a pop culture junkie I jumped at the chance to put my spin on spoon fed America’s latest reality obsession Honey Boo Boo”, said writer/ artist Michael Troy.

Honey Boo Boo looks to be just the second reality star to be so honored, joining Kim Kardashian: 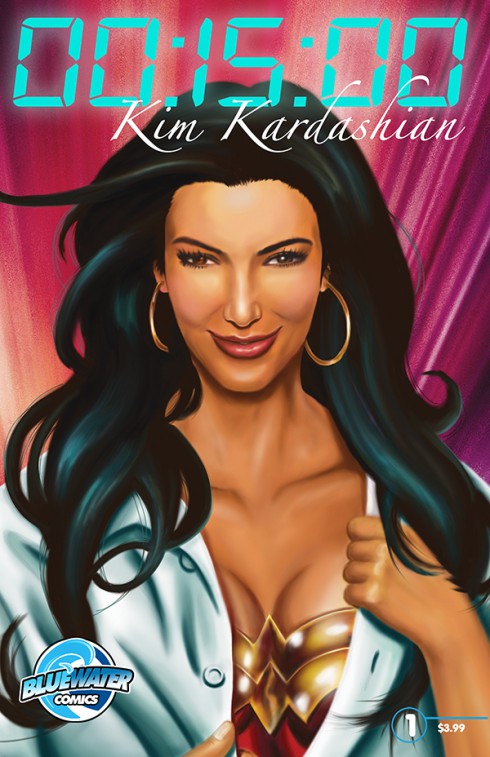 Well, if Honey Boo Boo’s “15 minutes” last as long (and are as lucrative) as Kim Kardashian’s, then she’s got absolutely nothing to worry about!

And fans of reality star biographical comics need not be worried the buck will stop with Honey Boo Boo! From Bluewater:

“15 Minutes” is a brand new series brought to you by Bluewater Productions that will focus on reality stars. These celebrities, for better or for worse, have grabbed onto the attention of millions of people around the world. Countless pairs of eyes have watched, riveted, as Kim Kardashian got married on national television, “The Real Housewives of Beverly Hills” jet set from one lavish party to another, and the cast of “Jersey Shore” picked fights with each other on the boardwalk. 15 Minutes will chronicle the major players in this “celebrity” phenomenon.

But please, please, please don’t get to worked up about it. “Clearly this one was meant to be fun for people and not to educate society” said publisher Darren G. Davis. “There are some of these biographies we do for strictly the entertainment value.”

Order your copy from amazon now!

REPORT Honey Boo Boo’s house to be torn down Monday