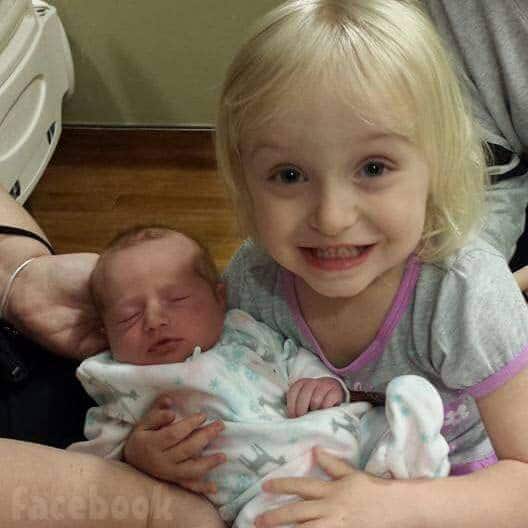 Fans of Here Come Honey Boo Boo will recall that Kaitlyn, the daughter of Honey Boo Boo’s sister Anna (aka Chickadee), was born with a third thumb. Soon after her birth, Mama June revealed that any surgical procedure to remove the extra digit would have to wait to allow doctors to better understand how it was connected in regards to muscles and nerves.

Now that Kaitlyn is four years old and preparing to head off to school, mom Anna and dad Michael have decided to go through with the procedure and have the extra thumb removed. “I know a few people will be mad, but we have made a decision on what to do with Kaitlyn’s thumb,” Anna wrote on Facebook. “We have decided to remove it because of school, and because we don’t know what it will do to her when she is older, and because of kids these days — of how mean they are, and they don’t care.”

Anna was quick to clarify that she wasn’t lumping all kids together as bullies. “Not saying all kids are like, that but some are.”

Despite her concern over the reactions to her announcement, the comments section was overwhelmingly supportive, with most everyone agreeing that as parents it was up to Anna and Michael to decide what is best for Kaitlyn. In addition, a lot of folks concurred that kids can be cruel when it comes to being different in any way.

Anna went on to reveal that the surgery will be in October. “I can tell everyone know I am going to be a wreck,” she adds, “because I know she is going to be scared…I just hope and pray everything will go well and she will be okay.”

In case you missed it, Kaitlyn was joined by little sister Kylee Madison Cardwell in December of 2015. That’s Kaitlyn holding her little sister in the photo at the top of this post. Here’s another photo of the happy fam just after Kylee’s birth: 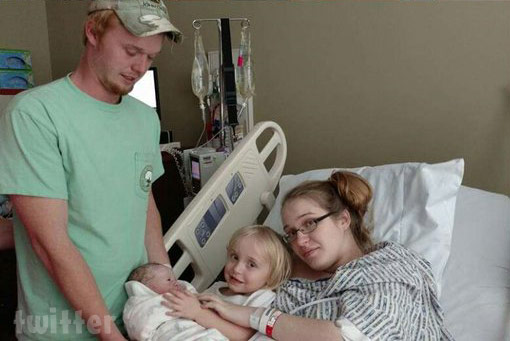