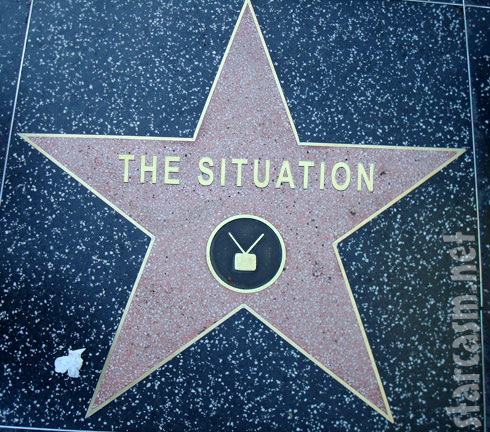 It appears that Kim Kardashian, The Situation, Kate Gosselin, and Farrah Abraham can all relax and stop waiting for that call from the Hollywood Chamber of Commerce committee letting them know they will be getting a star on The Hollywood Walk of Fame. The organization was recently asked whether or not they would consider adding reality stars to their sanctified sidewalk and here is their response on Facebook:

Someone asked if we give reality show characters stars? Hell to the No!

The page is run by Ana Martinez, Vice President for Media Relations and Producer for the Hollywood Walk of Fame, who points out that star nominees have to meet the committee’s criteria: longevity in their field of entertainment, awards and other honors, and philanthropic work. She also clarifies that the post was a reflection of her personal opinion and backtracks a little bit by stating, “It’s just not on the radar for us right now.” 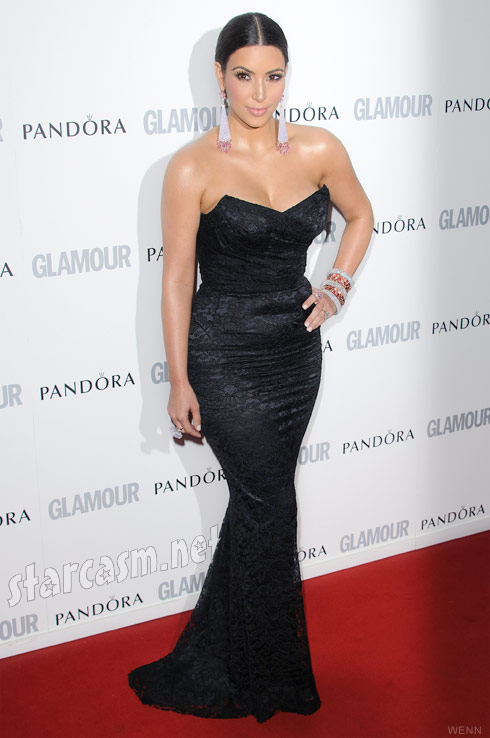 Needless to say, the post generated a lot of comments, most of which agree with Ana’s sentiment about reality stars. Here are a few examples:

One trillion percent NO. No one should be awarded for breathing. Put your foot down, Ana. A star has TALENT. If this allowed, then it dishonors anyone that ever worked hard, that worked their way up that earned by hours and months and years of dance and acting lessons and guitar lessons and touring the country in a car with their band mates living on ramen noodles and bussing tables. Let’s praise and recognize true honest dedication. Reality shows are total crap. Going to the mall with your sister and saying “these shoes are cute” is NOT a skill. Ginger Rogers and Fred Astaire are rolling in their graves at what passes for entertainers these days.

NEVER,NEVER, NEVER,…..It stains the reputation of the ones coming up, and the ones from the past,…who have EARNED this recognition. Somebody has to have integrity,….reality celebs certainly don’t

NEVER NEVER…Atleast something is sacred in Hollywood.

Some commenters brought up the fact that The Walk of Fame has seemingly already opened its doors to reality stars by granting stars to people like Gene Simmons and Donald Trump, to which Ana responded by writing:

Gene Simmons was honored for his work with KISS and that show was not in existence at that time. What they do after they get their star is up to them smartie pants! 😉

Trump was honored for work in television production. “World of Golf,” “The Apprentice,” and Trump Pageants.

Here are a few other controversial star recipients from the past:

Magic Johnson – This sports legend was granted a star even though he doesn’t fit into either of the five required categories: Motion Pictures, Radio, Recording, Television, Live Performance/Theatre. The Walk of Fame Committee attributed his award to the fact that Magic Johnson had purchased a number of movie theaters, and so he was allowed in under the “Motion Pictures” category. (Muhammad Ali is another athlete on the Walk of Fame – he was categorized as “Live Performance/Theater.)

Fictional characters: Big Bird, Godzilla and Kermit the Frog are on the Walk. Also, dog stars Lassie and Rin Tin Tin have a star.

And how about Judge Judy, Pat Sajak, Vanna White, and Ryan Seacrest? 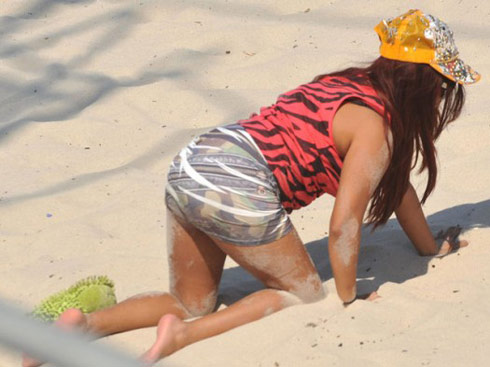 ^ A drunk Snooki unsuccessfuly looks for her star in the sand

It should also be mentioned that those chosen to have a star by the committee must not only agree to appear at the ceremony, but they have to foot a $30,000 fee! (I never knew Lassie had that kind of dough!)

If you ask me this is all a bunch of hoity-toity nonsense feeding a ridiculous anti-reality show sentiment. It’s entertainment y’all! Millions and millions of people tune in to these shows for a reason – to be entertained! And it’s not the Hollywood Walk of Talent, it’s the Hollywood Walk of FAME – and who in the world would try to argue that someone like Kim Kardashian is not famous? Or that her billion-dollar empire and years and years on the cover of every magazine in the country is somehow only “15 minutes of fame?”

Here is the Hollywood Walk of Fame’s “mission” from their web site:

Envisioned in 1958 as a lasting tribute to the personalities who helped make Hollywood the most famous community in the world, the Hollywood Walk of Fame continues today as a superior asset to the city, perpetuating the aura that has made the name “Hollywood” synonymous with glamour, and remains one of the city’s most widely-seen tourist attractions.

The only two qualities mentioned in that statement are fame and glamour – and we all know that’s what The Hollywood Walk of Fame is all about, so to pretend they are somehow above allowing reality stars in is ridiculous and premature. (I think Wikipedia actually has Kim’s pictures for their entries on “Fame” and “Glamour.”)

Do I think Kate Gosselin should get a star at some point? Probably not. Do I think Ms. Ana Martinez will be eating a large plate of crow when it’s inevitably announced Kim Kardashian will be getting a star? Absolutely! And do I think she deserves it? Absolutely! So let’s just leave the condescending comments about reality show stars to the members of The Academy shall we?