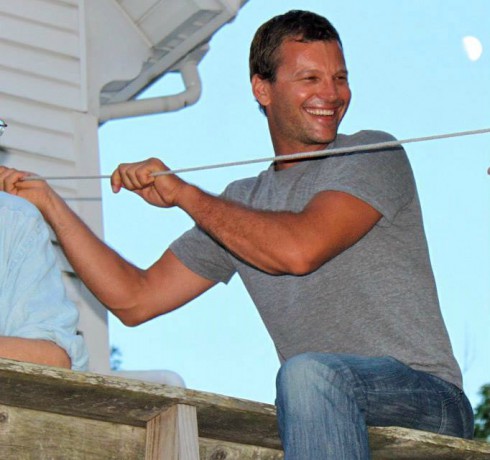 Bill Beckwith, a co-host on HGTV’s Curb Appeal, was killed in a motorcycle accident in San Francisco on Monday night.

According to The San Francisco Gate, Bill was riding his motorcycle when he was struck by a car at 8:30 p.m. He was taken to a nearby hospital where he later died from head trauma.

Bill was best-known as a carpenter on HGTV’s long-running Curb Appeal. He co-hosted the program with John Gidding and Kimberly Lacy. (The show began in 1999 and has undergone several host changes through the years.)

Before joining Curb Appeal, Bill founded a Northern California contracting company, BB Design Build. According to his HGTV profile, Bill this allowed him to enjoy “a diversity of projects, from weaving retaining walls into beautiful decks to spending time in his woodshop crafting a cabinet to finish out a project.”

In a statement to The S.F. Gate, an HGTV rep said the network is mourning his loss.

“The HGTV family is deeply saddened by Bill’s tragic death, and we mourn his loss along with his many family and friends who will miss his creativity, adventurous spirit and general love of life.”

Bill’s family and friends are sharing their memories of Bill on a Facebook page set up in his memory.

“My love: so kind, so bright, adventurous and strong. You are loved by so many good people! I wish you could stay with us for way longer,” said his girlfriend, Yulia Korneeva.