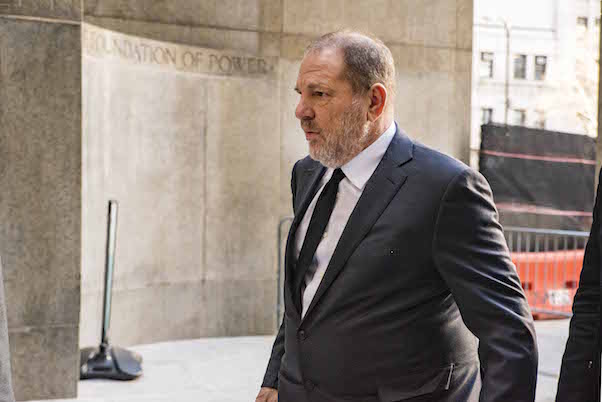 DLISTED – Evidently things are going so well for the disgraced alleged sexual predator who used to run a major movie studio that Harvey Weinstein’s attorney may soon be…himself. Weinstein is said to want to represent himself “in some of his pending legal issues”; as a gossip blogger, I cannot stress how much I hope this terrible idea actually happens

CELEBITCHY – People are freaking out about Khloe Kardashian’s parenting because she got her 14-month-old daughter True a sparkly pink Bentley, but let’s not forget that A) all tiny driveable kiddy cars are a bad idea, not just the luxury ones and B) Khloe’s nannies are the ones raising True anyway

VOX – WarnerMedia has announced more details about HBO Max, its forthcoming streaming service — and one of those details is that it’s taking Friends away from Netflix starting in 2020. (It’s also not replacing HBO Go or HBO Now, so, good luck sorting through the three streaming channels with HBO’s name attached)

REALITY TEA – RHOC star Shannon Beador has officially added her maiden name to her stage name and now goes by Shannon Storms Beador. Shannon acknowledged that her ex David Beador asked her to drop his name entirely; she says she’s keeping it “For the sake of my kids,” and also because “Shannon Storms” makes her think of strippers

JEZEBEL – After literally years of gossip and speculation, Camila Cabello and Shawn Mendes are officially dating now (more or less)

GO FUG YOURSELF – True, Emily Ratajkowski’s outfit here looks a little bit “Dressed-in-the-dark-and-forgot-a-shirt-but-who-cares,” but it also doesn’t look that different from what most big-name models wear when they’re just lounging about town?

THE BLAST – RIP to acting legend and legendary oddball Rip Torn, who died at home in Connecticut yesterday at the age of 88. There are more good stories about Torn than maybe anyone else working in Hollywood today, on top of which he was maybe the most notable “Hey, it’s that guy!”-type actor of all time. I would have embedded Alec Baldwin’s story about Rip Torn’s bar fight here if it were available on YouTube, but it’s not, so instead I can only recommend that you pull up Comedians In Cars Getting Coffee on Netflix and watch it there