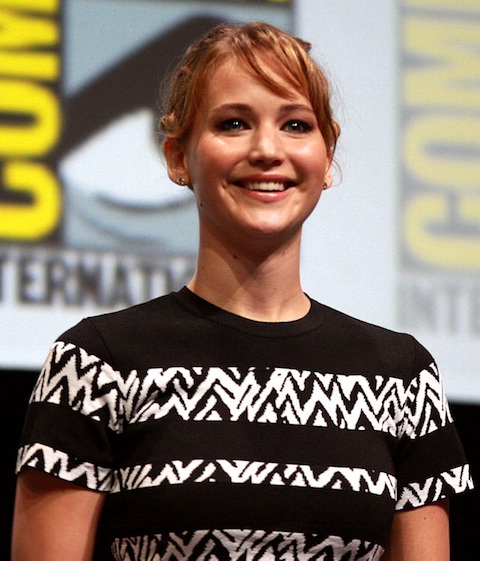 Yesterday, Vanity Fair published an extensive interview with and photo spread featuring none other than Jennifer Lawrence. The interview marked the first time Lawrence had spoken publicly about the nude cell phone photo leak, which affected her perhaps more than any other celebrity.

Lawrence was as unapologetic and forceful as you’d expect an Oscar-winner who’d done nothing wrong to be. Among other things, she told the magazine

It is not a scandal. It is a sex crime. Just the fact that somebody can be sexually exploited and violated, and the first thought that crosses somebody’s mind is to make a profit from it. It’s so beyond me. I just can’t imagine being that detached from humanity. I can’t imagine being that thoughtless and careless and so empty inside….Every single thing that I tried to write [in response to the leak] made me cry or get angry. I was in a loving, healthy, great relationship for four years. It was long distance, and either your boyfriend is going to look at porn or he’s going to look at you.

Apparently that stance was a little too defiant for some people: last night, hackers defamed J-Law’s Wikipedia page with a selection of the very same nude photos.

The editor or editors responsible worked from what’s known as a sock puppet account: a fake editorial account made up to look legitimate.

The actual Wikipedia editorial crew took the photos down and restored Lawrence’s original page after only twenty minutes. They’re a vigilant crew over there at Wikipedia, and good-hearted. Like a lion returning an orphaned elephant to its herd.

It’s unlikely that Lawrence will respond to the Wikipedia incident, or any future defamation, for that matter. Here’s what she told Vanity Fair about the people who downloaded her leaked photos:

You should cower with shame. Even people who I know and love say, ‘Oh, yeah, I looked at the pictures.’ I don’t want to get mad, but at the same time I’m thinking, I didn’t tell you that you could look at my naked body.