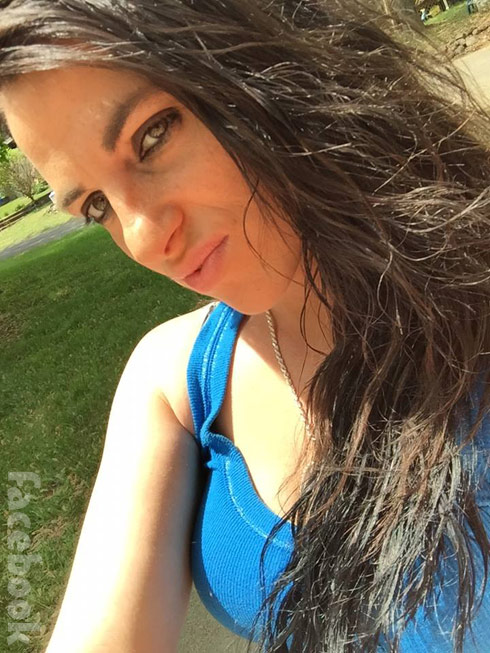 Fans of TLC’s series Gypsy Sisters are well aware of show star Mellie Stanley’s anger issues. They were not only featured on the show in numerous violent fights and screaming matches, but also played out online in the form of angry social media tirades–often because fans (or detractors) pointed out things that she herself had previously stated or done.

Last week, TLC announced they are canceling Gypsy Sisters, and, although there’s no confirmation that that announcement is related to Mellie, it did come less than a month after she got into yet another heated argument with her secret husband Skott Vuncannon. That fight resulted in the death of her young dog, as well as Skott’s arrest.

Yesterday, Mellie set aside her anger and posted a lengthy, humble apology to her supporters, one in which she admits to having an anger problem, and reveals why she married Skott despite their obvious issues:

I could have been married plenty of times but THIS IS MY FIRST LEGEL MARRIAGE AND I WANTED IT TO LAST but when someone married for the wrong reason I guess it didn’t work out it was a hell of a act but guess what I’m strong enough to pick up my pieces and move on.

I’m sorry to all the people that told me right from wrong and I didn’t listen to none of ya I was blinded from my side of love. Yes I do have a lot of hate and anger in me and yes maybe I do need to go take anger management classes but it’s all from my past

I do f**k up which human don’t??? No one is perfect and that’s what I do know I have said a lot of f**ked up things in my life I have went against people that have showed me love and no I don’t mean it but I am not use to being loved at all so people that show me love I push away that’s the only thing I know to do.

And honestly I’m here to say I owe Ashley Prather I huge sorry because she has been the only one there for me to talk to when I had my problems with her cousin and she helped me out so I am sorry for what i have told her in private messages but I have not talked about her or any of skirts family what so ever in a private group or pages. But for now it’s me and my kids and I will get better with my problems sooner than later

I feel I should point out that Ashley Prather is related to Mellie’s fourth husband, Skott Vuncannon, and has been quite vocal on Facebook to keep the truth about what happened between Skott and Mellie from being distorted. (Pretty much all of Ashley’s claims have since been proven to be true.)

Continuing in the spirit of humility and willingness to admit mistakes, Mellie also had nice things to say about her ex Robbie York–who is also her son Richie’s father–yesterday:

Somethings you never expect to happen does sometimes when u say ppl will never change ive see a change in someone i once knew and it was good to spend time with him and see him and richie together even tho some of our conversation didnt go to well cause well were both stubborn but ive got to say Im Glad Of The Man Robbie has became and i hope he continues to do good. Not only for his sake but for richies but no one will take his daddy whetzels spot lol
— feeling blessed.

Meanwhile, Mellie’s husband Skott Vuncannon also posted a lengthy, apologetic statement on Facebook, in which he expressed regret that he is at times optimistic, but at other times concernedly hopeless:

Things can change in the blink of an eye….yes I mad a horrible mistake (accident) but I’m not that guy I’made out to b…and yea I’ve shunned people away that shunt have but no one pushed that on me…I’m sry for the pain I’ve caused to everyone and this is something I have to deal wit every day

I don’t kno wits gonna happen but I guess only time will tell…..so once again family and friends I’m sry and don’t worry soon there will b no more antics just memories

It sounds almost as though Skott is dealing with the twelve steps of recovery, which is a great thing. Let’s hope both Mellie and Skott will let recent unfortunate events motivate them to be better people and parents.