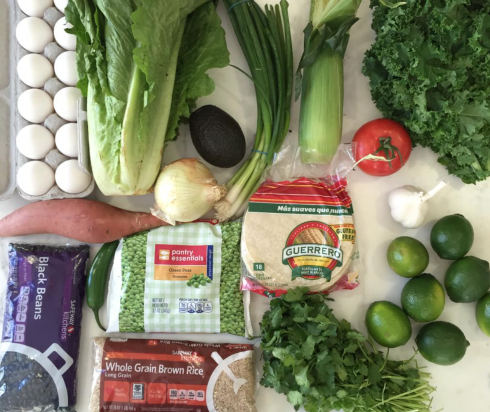 Gwyneth Paltrow was challenged by her pal Mario Batali to live off of $29 work of food a week, the equivalent of a week’s worth of foods stamps in New York.

The actress loaded up on a limes, a lot of leafy greens, and cheap stables like eggs, rice and beans. She nominated chef Roy Choi to join in the #FoodBankNYCChallenge, and encouraged her Twitter followers to donate to the New York food bank.

She’s gotten some backlash over her particular choice of food, mostly because it seems to be low calorie and requires some prep time that many working moms just don’t have, but her choices look healthy, and it’s a nice gesture on her part to recognize that most people don’t fit in with her Goop demographic.