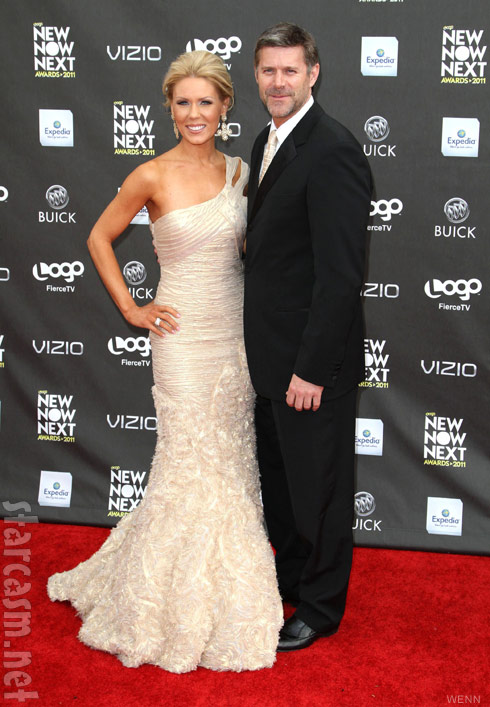 It appears The Real Housewives of Orange County‘s Slade Smiley is taking Tamra Barney’s accusations from last season’s Reunion Special that he is a “deadbeat dad” to heart. Although he is still unemployed from his real estate job after the market crash a few years ago, he and girlfriend Gretchen Rossi are putting their fame to work for his son by sponsoring a fundraiser for him Tuesday night at the Victor Paul Salon in Costa Mesa, California. 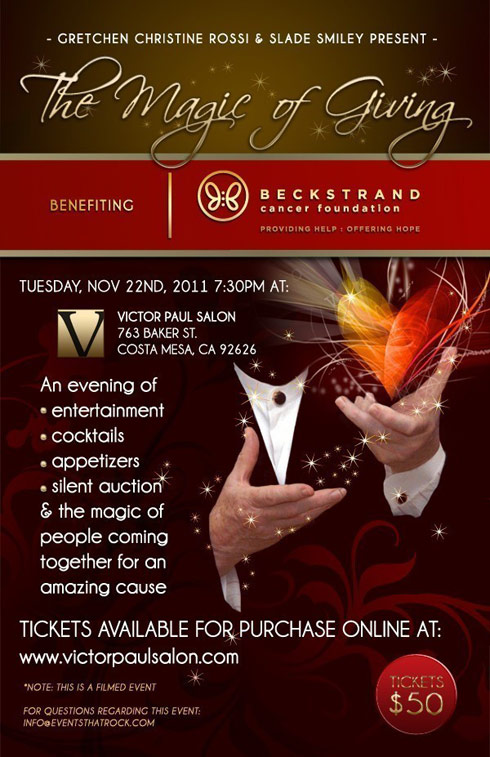 Here is the full press release for the event:

Costa Mesa, CA, November 15th, 2011 – One of Orange County’s Favorite Housewives Gretchen Christine Rossi & Slade Smiley host “The Magic of Giving” an evening of top entertainment including a performance by acclaimed Illusionist Anthony Hernandez (Anthony The Magic) on Tuesday, November 22nd at 7:30pm at the Victor Paul Hair Salon in Costa Mesa to benefit Beckstrand Cancer Foundation. The evening will also include a silent auction, musical performances and a delicious assortment of appetizers provided by the Orange County Restaurant Association and their supporting restaurant partners & desserts provided by Sweet Spils.

Gretchen and her boyfriend Slade felt compelled to do a fundraiser benefiting cancer patients and their families to create awareness for the challenges families face both emotionally and financially when a loved one receives a cancer diagnosis. They know all too well the challenges cancer poses to patients and their families as they are currently battling the cancer of Slade’s son Grayson. “When my son Grayson was diagnosed with Brain Cancer, I was not just emotionally destroyed by the diagnosis of cancer, but after 7 brain surgeries and no cure, I was financially destroyed by the disease” expressed Slade Smiley. Slade chose Beckstrand Cancer Foundation as the beneficiary for this event as he felt “Beckstrand understands the financial strains that cancer can place on a family and they are offering individuals and family’s financial hope. Hope to get back on their feet, pay the mortgage or just put food on the table.”

Tickets for the Magic of Giving Benefit are $50 available at www.victorpaulsalon.com. The Victor Paul Salon is located at 763 Baker Street in Costa Mesa. Complimentary valet parking will be available.

If you look at the bottom of the poster you will notice that it says “Note: This is a filmed event,” so I imagine it will be featured on the upcoming season of The Real Housewives of Orange County – much to Tamra’s chagrin I’m sure.

The event follows on the heels of Slade participating in the Calabasas Classic 10K to Benefit the Talbert Family Foundation, a charity organization set up for his son, Grayson. Here is a photo of Slade Smiley and his son Grayson at the run: 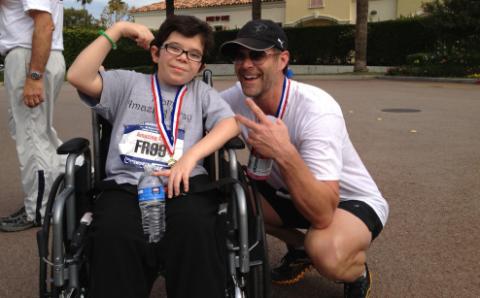 In case you were unaware, Grayson was diagnosed with a brain tumor (Diffuse Fibrillary Astrocytoma) in 2006 just after turning six years old. Grayson’s mother, Michelle Arroyo, has set up a website for him at amazinggray.org with a detailed history of his diagnosis as well as lots of photos and information on how you can donate directly to Grayson. 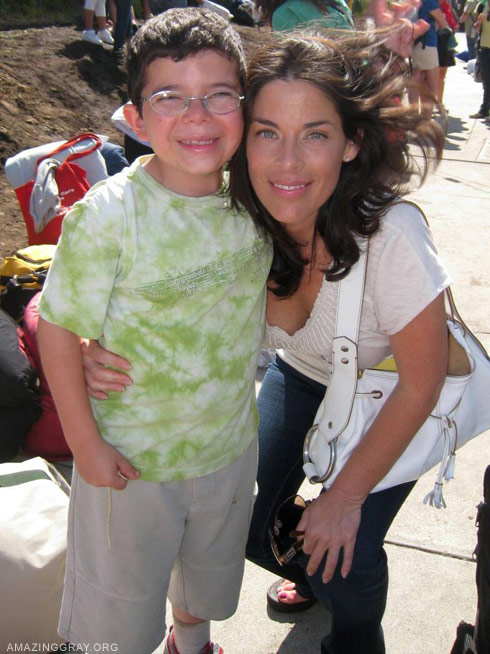 ^ Grayson with his mother Michelle Arroyo in 2009

Michelle has been rather outspoken about the lack of financial support she has received from Slade Smiley with some reports stating he owed as much as $138,000 in child support as of February of 2011. It’s nice to see Slade and Gretchen trying to help out – let’s all hope Grayson is able to get the money and the treatment he needs!