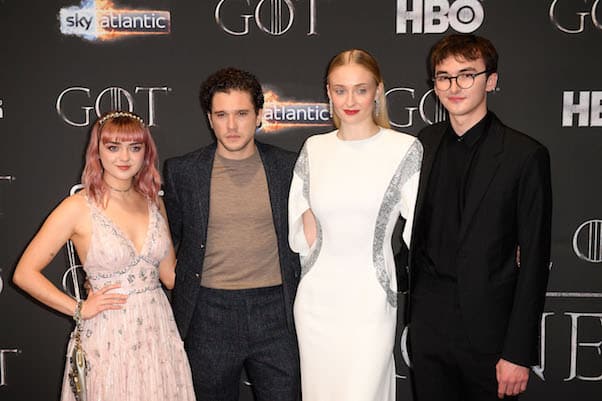 CELEBITCHY – Game of Thrones is back (just a little bit!) and now that the season premiere has aired, The Takes have arrived. What better place to start than with cast member John Bradley — better known as Samwell Tarly — who thinks Daenerys was “psychopathic” in the premiere and will only get worse

JEZEBEL – Kit Harington is so into Game of Thrones that he has just two short words for the show’s critics. They rhyme with “Puck stew”

VOX – The lowkey winner of the GoT Season 8 premiere was Bran Stark, who turned in a hell of a performance just sitting there being ominous and creepy. As is so often the case, the internet’s collective response to Creepy Bran says more about the people watching than about the character himself

DLISTED – Despite an enormous, worse-than-originally-reported fire and the complete loss of the wooden frame, the Notre-Dame de Paris cathedral has been saved. Its twin stone towers were spared entirely, and over half a billion euros in private donations have already been pledged for the cathedral’s reconstruction

THE BLAST – Jeff and MacKenzie Bezos are finally, officially divorced, for good. Here’s everything we know about the details of their split (including MacKenzie’s estimated net worth)

REALITY TEA – “Last night’s Vanderpump Rules was all about redemption. In a Hollywood kinda way.”

LAINEY GOSSIP – If you thought that of all the Girls cast members Allison Williams would have the most varied & interesting acting career, congrats — your one-in-three shot paid off. (Lena Dunham was always going to be excluded from consideration)

(Photo credits: Game of Thrones is back via Alan Lewis Media / SplashNews.com)