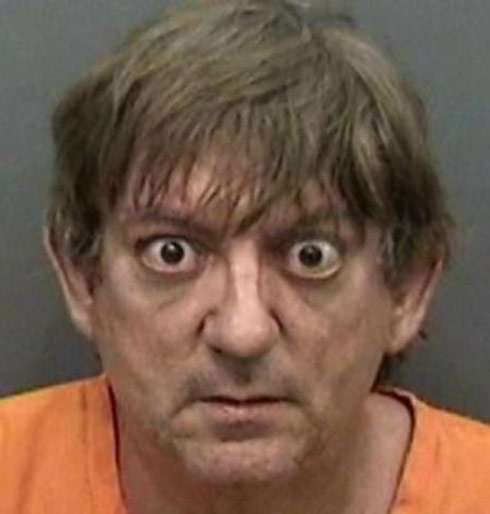 Tampa police arrested a man after neighbors reported that he was having sex with a dog.

According to the Tampa Police Department, officers on patrol were flagged down by Bernard Marsonek’s neighbors on Tuesday afternoon. According to FOX 13, a police spokeswoman said:

“When officers arrived on scene, they were greeted by a small crowd of residents who were disturbed by their neighbor’s activity with the dog. Several of the witnesses stated that they yelled at the suspect to stop, but he ignored their commands.”

Officers found Marsonek, a convicted felon, inside his home and spoke with the 57-year-old before obtaining a search warrant for the rest of his property. During this search officers found and seized a gun loaded with ammunition that belonged to Marsonek.

Investigators with Animal Services also took custody of 8 pit bulls that were found on the property.

Marsonek, who is now free on a $17,500 bond, faces charges of cruelty to animals, sex with animals, and illegal gun possession.

Brooke Mueller drunk with BAL of .13 when she had husband Charlie Sheen arrested!