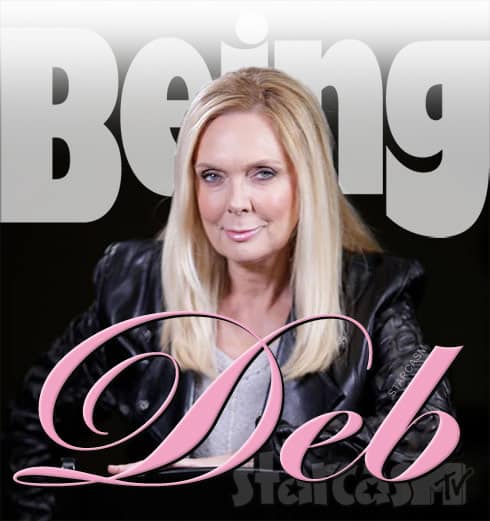 Following in the footsteps of fellow Teen Mom franchise grandparents Babs Evans and Butch Baltierra, Farrah’s Abraham’s mother Debra Danielsen is getting her own Being Deb MTV special!

Debra broke the news on Facebook over the weekend with a video of herself and her fiance Dr. David Merz playfully sporting coonskin caps. Debra captioned the video with “Filming Being Deb Special with Teen Mom OG and Farrah Abraham Sophialabraham and David Merz.” She later tweeted the same clip and tagged us for a heads up on the special:

We reached out to Debra to make sure the special was officially in the works. “Yes, I can officially confirm we are filming a Being Deb Special,” Debra tells us. “It is full of fun new things about my businesses, music launch, and friends,” she adds.

Wait…MUSIC LAUNCH?! I guess that explains this comment from Debra on Facebook about the special: “It will be fun! You will see my new rap!” So apparently we can all look forward to the debut of Debreezy yo!

Until then, you can get to know Debra’s fiance Dr. David by checking out our profile on him, including details from Debra on how they met!