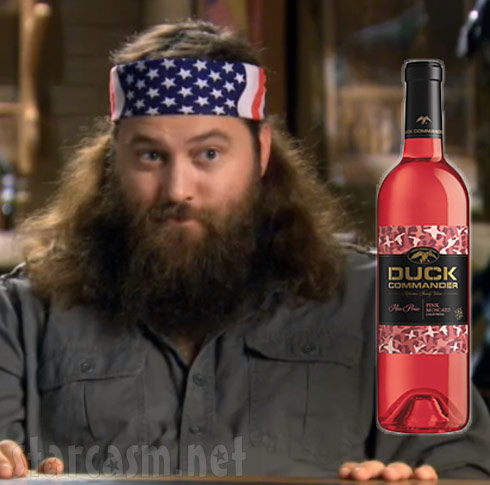 The CEO of Duck Commander and star of cable’s most popular reality show Duck Dynasty was scheduled to speak at an April fundraiser for Bristol, Tennessee’s Family Ministries. The group has now cancelled this engagement due to the recent announcement that Duck Commander would be teaming up with the wine makers of Trinchero Family Estates in Napa, California to produce a line of wines.

The Director of Development for Family Ministries, Derek Bell, issued a statement about the decision:

“Our greatest responsibility is to the young people we serve. Therefore, we feel that in light of the recent news, to continue with this event would send mixed messages to the young people who go through our Adolescent Drug and Alcohol program. Our message must be consistent. The lives of those children may well hang in the balance.  We certainly apologize to the people who have already purchased tickets, and pray they understand our position.”

The Robertsons have put their faith front and center on their show and the family members make speeches and appear at Christian-based events throughout the year. A rep for Family Ministries told FOX411 that there were no hard feelings towards the family but that the expected audience for the event would have been predominantly teen and that Willie was no longer the right fit.

Although the crew from Duck Dynasty failed pretty darn bad at an attempt to make wine during the show’s first season, Willie told People that the new line wouldn’t disappoint. It will feature the Triple Threat Red Blend (“silky, soft, and jam-like”), Wood Duck Chardonnay (“crisp flavors of apple and pear”), and Miss Priss Pink Moscato (“passion fruit with a hint of vanilla”).

“Yuppie folks ain’t the only ones who can enjoy good wine. This is good wine for good people, and it’s made by good people,” Willie said.

Tickets that were already sold to the event are being refunded through the venue. Some fans of the family weren’t happy with the news either. Commenter Sherrie Moore opined:

“Everyone has there own idea of what is right and wrong. To me this is the worst thing that the Robertson could have done. Drinking is not okay. I never thought I would see this family support something like this. Christians have enough against us already and to me this just fuels the fire. There should be no room is God fearing people’s lived for alcohol. I wish they would do away with this. They are making enough money as is.”

Do you have any problems with the Robertsons backing, and profiting off of, a line of wines?