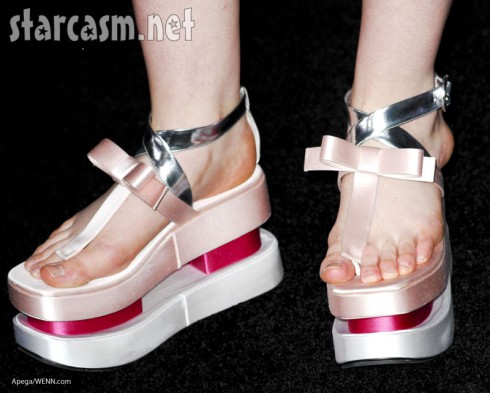 The Hollywood premiere of the last installment of the Twilight franchise, Breaking Dawn Pt. 2, happened last night, and Kristen Stewart showed off her butt cheeks. But the true showstopper of the evening was Elle Fanning’s crazy shoes (Prada,) and she’s not even in the movie.

These shows can’t be described. They just ARE, but I’ll try. They’re high platform sandals that are partly hollow with red accents, a light pink bow, and silver ankle straps.

Elle has stunned with her shoes before at the We Bought a Zoo premiere, but that time she looked like she was torturing herself by shoving her feet into funky Barbie shoes. At least in these shoes her feet look comfy and aren’t weeping blood.

Here she is, in Prada head-to-toe: 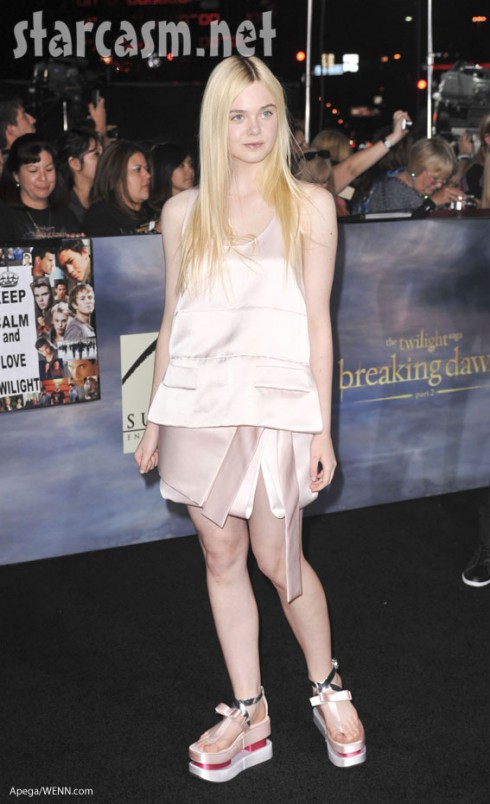 In Japan Nicki Minaj rocks a treat of an dress made out of real popcorn and candy!