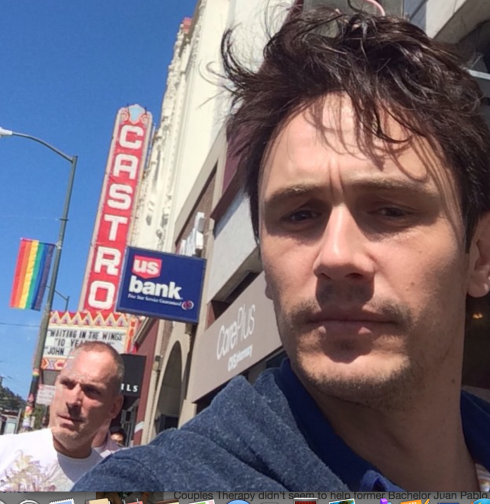 James Franco has a lot going on right now. His collage-art-memoir thing just came out, the trailer for his Seth Rogen buddy-North Korea assination-comedy dropped, and an old documentary he made about Saturday Night Live will soon debut on Hulu. He’s also shaved his head for some reason.

Of course, that reason is a movie role. In the upcoming Zeroville, Franco plays Ike “Vikar” Jerome film fanatic “so enamored with movies that they become religion to him.” His character also sports a fake tattoo of Elizabeth Taylor and Montgomery Cliff. The film is an adaptation of the 2007 novel by Steve Erickson.

He showed off that while taping a scene at the Venice Film Festival this year: