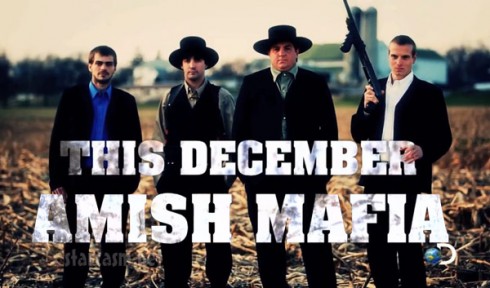 It seems that there is a struggle for domination in the world of reality television between shows featuring the unfiltered characters that populate the American South and… the Amish?!? Following on the boot heels of TLC’s HUGELY successful (albeit questionably “real”) series Breaking Amish, sister network Discovery has announced a brand new reality series titled Amish Mafia which “will provide the first-ever look at the small and tightly-knit group of men who protect and maintain peace and order within the Amish community in Lancaster, Pennsylvania.”

The New York Post described the show this way:

The series, which follows on the heels of sister network TLC’s top-rated (and extremely controversial) “Breaking Amish,” centers around tough-guy Levi and his henchmen Alvin, Jolin and John — who quietly enforce justice and protect the Amish community in Lancaster, Pennsylvania, while church elders look the other way and no one asks questions.

Lebanon Levi is the central figure on the show. (Please say he has a middle name like Obediah because those initials could explain why he became the man he did — sort of like “A Boy Named Sue”) Though he is a member of the Amish community, Levi gets a pass on his rather unsavory tactics because he was never baptised and is not an actual member of the church. “Levi is able to wield his influence in a way that few others can,” the show’s executive producer, Dolores Gavin, reveals. “He is at arm’s length from the church, which gives him more power in dealing with the outside world.”

Gavin explains, “The Amish don’t have insurance like we do,” Gavin says. “They all pay into a community fund — which is run by Levi. He decides who gets what money.” [Insert Obamacare joke here] Also within Levi’s prerogative is deciding which problems need to be solved and which conflicts need to be resolved.

“Levi is a man who straddles both worlds,” Gavin adds. “He genuinely feels as though he is a help to the community, and yet he has a propensity for violence and intimidation.” 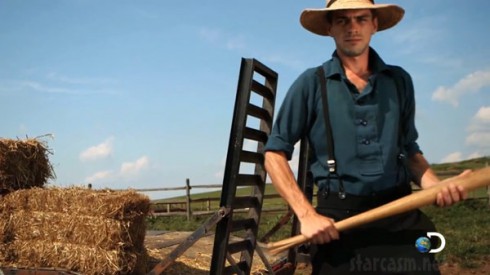 So what do the actual police have to say about this secretive police force? “It is extraordinarily difficult to find police reports of Amish crimes,” Gavin says. “They don’t go to the police, and they aren’t cooperative with police . . . What we realized was . . . navigating between two different worlds often yields provocative results.”

One of those provocative results is a scene in which Levi busts into a hotel room and catches a married Amish man with a prostitute. (According to The Post, that scene was real while others — as you would have to expect — needed to be recreated.)

“The [Amish] Church denies that the Amish Mafia exists,” Gavin points out. “Yet, like any other person in a community who holds power, the Amish know who to go to if there’s a problem.”

Joining Levi in his Amish crew are “lifelong friend/confidante Alvin; Jolin, a Mennonite foot soldier; and John, the son of Levi’s predecessor.”

Amish Mafia is set to premiere Wednesday, December 12 at 9/8c on Discovery.

Disturbing trend: Teens are getting drunk on hand sanitizer