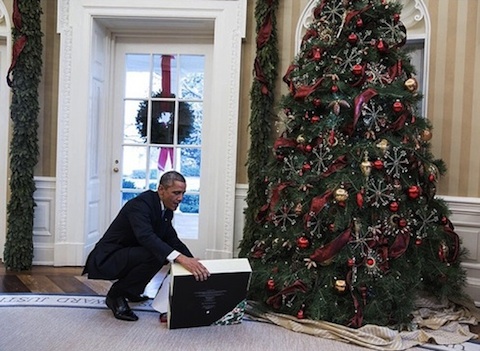 President Obama may have returned to work today, but he managed to finish up one piece of unofficial business during his Hawaiian Christmas Excursion: this weekend, he dropped by Eddie Vedder’s house. You know, just to hang out for a bit.

The two aren’t exactly friends–or are they?–but they’ve associated politically for years. Vedder stumped for Obama in ’08 and ’12, and Obama gave the Pearl Jam frontman a ukelele after the Veddster played at a fundraiser for Obama during his last election campaign. Upon receiving the gift, Vedder joked, “It has a little birth certificate in there.” 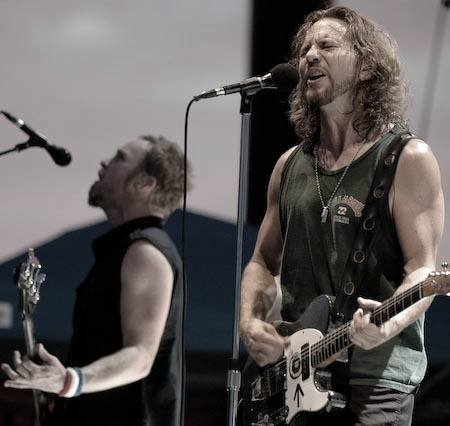 Nor is Eddie Veddtastic a full-time Hawaiian; he merely has a house there. According to reports, Obama stopped by with Sasha and Malia, who still don’t think he’s a cool dad. In fact, given the recent reaction to Kanye and Paul McCartney’s collaboration, it’s highly likely that the President’s daughters still think Eddie Vedder is some sort of jewlery manufacturer or fruit preserves magnate. Also, the two spent “less than half an hour” together, so you’ve got to wonder if maybe that’s what the President secretly thought, too. A lot of information moves through a President’s head every day, you guys. He probably flubs more introductions and re-introductions every weekend than we get right in an average season.

Pearl Jam recently concluded a year-long tour in support of their most recent album, Lightning Bolt. President Obama’s return to Washington marks the beginning of his battles with the 114th United States Congress.