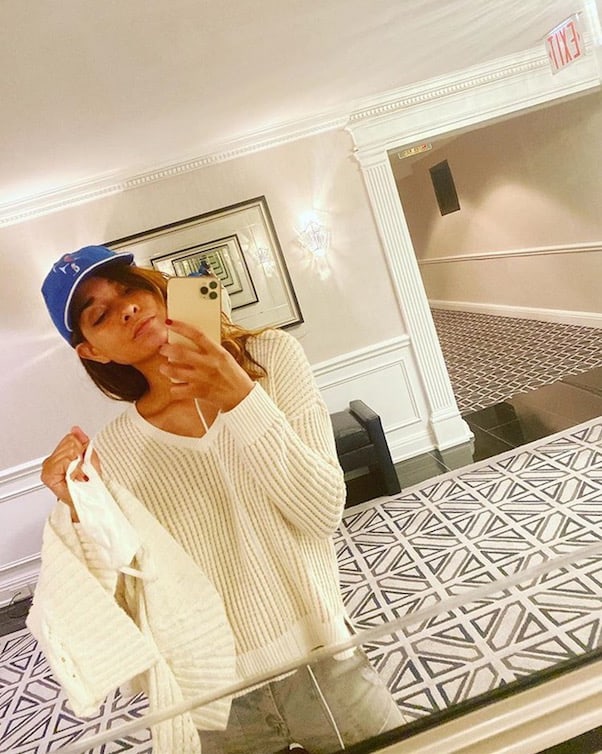 Former Real Housewives of Potomac star Katie Rost says she’s been through so much in life, she’s at the point of literally telling people who aren’t with her to kiss her ass. The model also backed up her claim with a Katie Rost nude taken directly from a beach photoshoot earlier this week — and added a few more words of empowerment in the caption for good measure.

Unfortunately, the IG update became a post-and-delete, as Katie took the whole thing down after just a few hours. Fortunately, we were able to find a screencap of the entire post in all its defiant glory.

Without further ado, then, here’s the original post, which Katie shared yesterday evening: 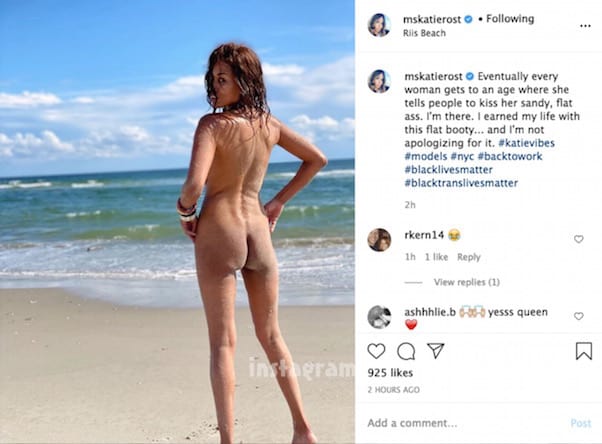 “Eventually,” Katie wrote, “every woman gets to an age where she tells people to kiss her sandy, flat ass. I’m there. I earned my life with this flat booty… and I’m not apologizing for it.”

It’s definitely been a trying couple of years for Katie. She seems to be finally coming out the other side of a legal and very public custody fight with ex-husband James Orsini, with whom Katie shares three children and against whom Katie filed a sexual assault charge last year. Katie also suffered a miscarriage early last year, one that appeared to have potentially been connected to her abuse allegations.

The Katie Rost nude appears to be the only pic Katie deleted from a photoshoot on New York City’s Riis Beach with photographer Marc Baptiste alongside model Tia Madison. As of this writing, many other photos from the same session are up on both Katie’s and Tia’s Instagram pages — like the happy shot below:

Katie hasn’t yet said why she took the beach bottom pic down. Given her caption for the pic, we’re guessing it was fear of retribution from the Instagram gods rather than a change of heart.

TWITTER Did Jeff Goldblum fight a shirtless guy on the street?