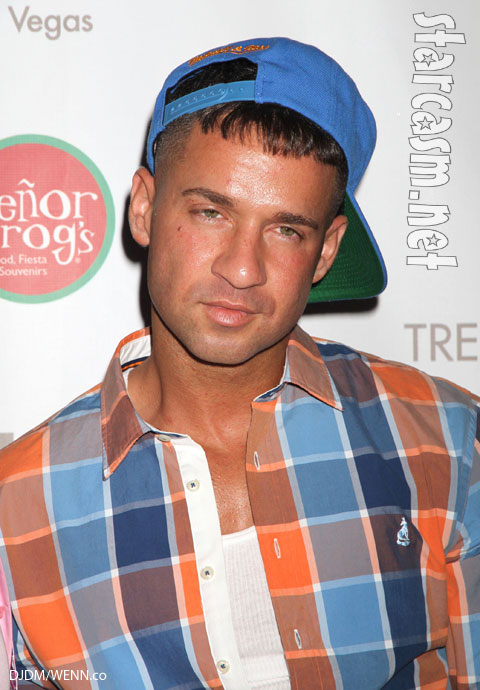 Mike “The Situation” Sorrentino has had a rough couple of years. After going from the breakout star of Jersey Shore to being the most hated cast-member, The Situation checked himself into rehab this March for prescription drug abuse.

After he got out of rehab, The Situation went on to film the sixth, and last, season of Jersey Shore. All five for the previous seasons the entire cast would while away their sequestered hours with booze, parties, and sexcapades (the cast isn’t allowed to use cell phones, computers, or watch TV while filming, so they often turned to getting wasted to pass the time.) Now the show features a pregnant Snooki living next door in her own house, and a sober, more humble, and wiser Situation fresh from rehab.

What could this mean for the show? Are the Jersey Shore kids finally growing up? Was the The Situation able to remain sober in this triggering environment?”

Right now The Situation says that he’s 8 months sober, and a few of those months were spent in the shore house.

In the teaser for the first episode, The Situation talks about his journey, describing rehab as “unbearable,” but says he is the healthiest he’s been in over 10 years:

The last couple of months I have been really working on getting back to who I really am. I was dependent on prescription pills. I knew I needed help and I went to rehab.

Rehab is the most unbearable, unpleasant experience you could possibly go through but I am the cleanest and healthiest I have ever been since I was 21 or so.

I quit the hard s**t. I run four miles a day, I’m the healthiest I’ve been … I was just exhaused, so tired. I just needed to just go to sleep, you know?

“Ever since I’ve been out, I’m not gonna lie … it’s not easy,” Sorrentino said. “But at the same time, where I’m at right now, I’m at a good place. But it took a little bit to get there. In the beginning? A lot of rainy days, so to speak. A lot of rainy days.”

A witness told US Weekly they saw The Situation “downing so many cocktails, he could barely stand” at the London West Hollywood hotel, but The Situation’s reps say he has not been drinking alcohol. Even if he did fall off the wagon once, that’s pretty normal for most addicts. Hopefully he doesn’t let any setbacks get to him, and continues his healthy lifestyle.

VIDEO Snooki from Jersey Shore does the weather for WPIX 11