UPDATE: This infamous episode aired, and it turns out that although The Situation and Ronnie DID get into a heated, violent brawl, The Situation sent himself to the hospital when he flew into a rage and rammed his head into a cement wall. .

That title sounds kind of dirty, it’s actually a violent story. Jersey Shore’s Mike “The SItuation” Sorentino was hospitalized after getting in a fight Ronnie Ortiz-Magro (May 24, 2011) last night in Florence, Italy. Although at first it seemed like Ronnie may have sent The Situation to the ER, in a shocking Jersey Shore twist we saw when the show aired that The Situation himself banged his own head into the wall in the middle of a blind rage directed at Ronnie. He later told Ronnie he did that because he wanted to go ahead and hurt himself before Ronnie had a chance to, a tactic he’d tried before successfully with another dude with a sheetrock wall. Guess he didn’t factor in that sheetrock probably wasn’t used in the production of the Italian palace they were staying at.

Mike gave himself a sprained neck, a slight concussion, and had to wear a neck brace for 10 days. During that time he couldn’t go out, or do much of anything but feel sorry for himself. Here’s a clip of incapacitated Situation: 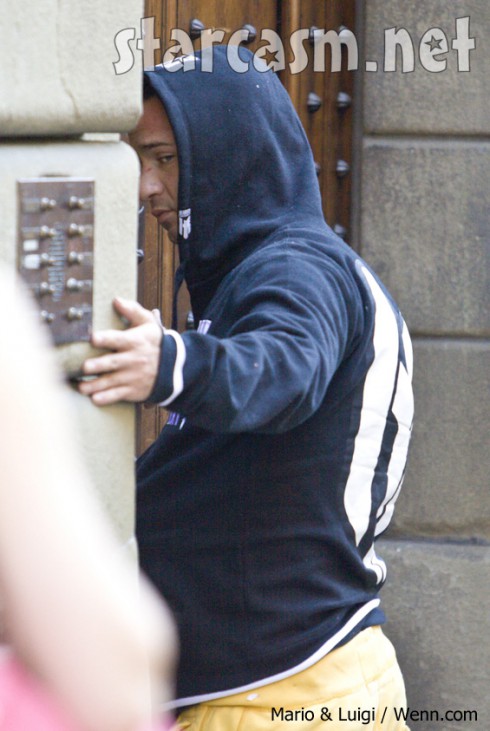 He is seen above coming home after being treated with a visible scratch on his nose. But you should have seen the wall! Actually the wall suffered no damage.

Ronnie’s fist was also bandaged, which may or may not have happened during their altercation. 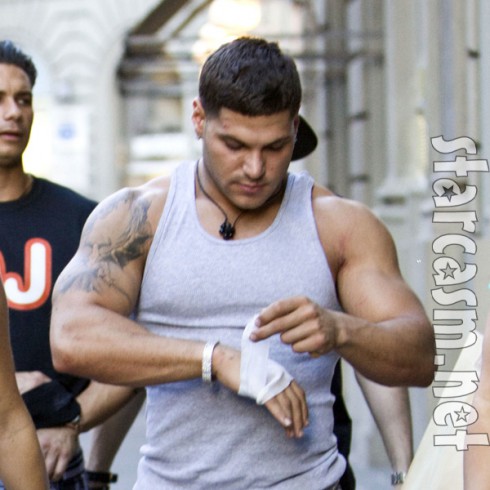 In fact, you can. Ronnie was captured by paps unwrapping his bandaged fist to reveal some torn up knuckles. 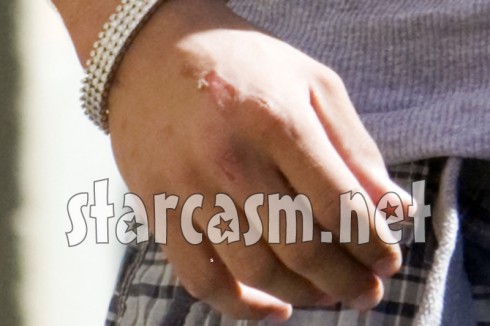 Ouch! You can take the guido out of the shore, but you can’t take the shore out of the guido. TMZ reports that the two boys started fighting after Ronnie came home upset from another emotional scuffle with his on-again-off-again love Sammi Sweetheart. He started talking about The Situation’s family (possibly his dad The Confrontation,)  and got his buddy all riled up. No doubt alcohol also played a role in the two guys’ state of mind. After watching the episode, it’s hard to discern exactly why The Situation is so riled up, but he’s definitely wound up tight and mad.

This isn’t the first time The Situation gotten into an altercation with a cast member. In the first season Jwoww landed a mean punch on The Situation’s face. Snooki was also filmed being punched, and Ronnie has been involved with many acts of violence including against his on-again-off-again girlfriend Sammi.

On a side note, Sammi and Ronnie have been photographed holding hands in Italy, so that was back on at least a few days ago.