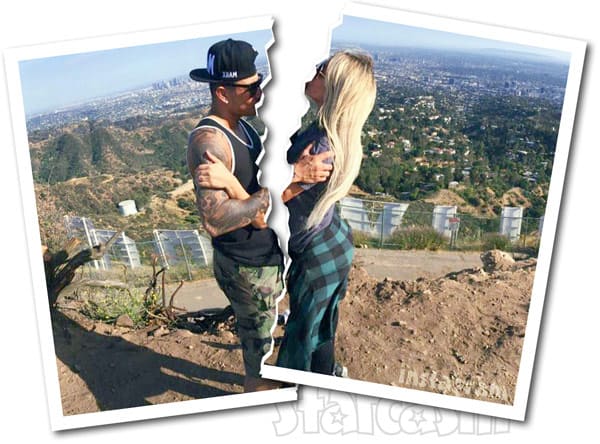 The confirmation of the split comes via E! News, a little more than six months after the hawt couple met while taping E!’s new Couples Therapy meets Big Brother reality series Famously Single back in November. Here are some of Aubrey’s comments about doing the show and connecting with Pauly D From our post announcing the couple back in February:

“I didn’t know that I would be as successful as I was with finding someone,” Aubrey tells E! News. “So yeah, we met on the show. The show is about all of us coming together, dating, learning through a dating coach how to go out there and approach people that are better suited for us and kind of get over the issues that we were having. And it ended up just like becoming like this chemistry happened within the house with a few of the cast-mates and Pauly and I were one of them. Which everybody always laughs I feel like people think we’re completely different but ended up being pretty alike in a lot of ways.”

Unfortunately, Paulbrey didn’t even last long enough to celebrate the Famously Single debut together as it will not premiere until June 14.

As a tribute to the celebricouple, here are some of the best romantastical Paulbrey moments from Aubrey O’Day’s Instagram feed. (Oddly, there were no photos of the couple on Pauly D’s feed — perhaps he deleted them?)

he gets my rocks off. @djpaulyd 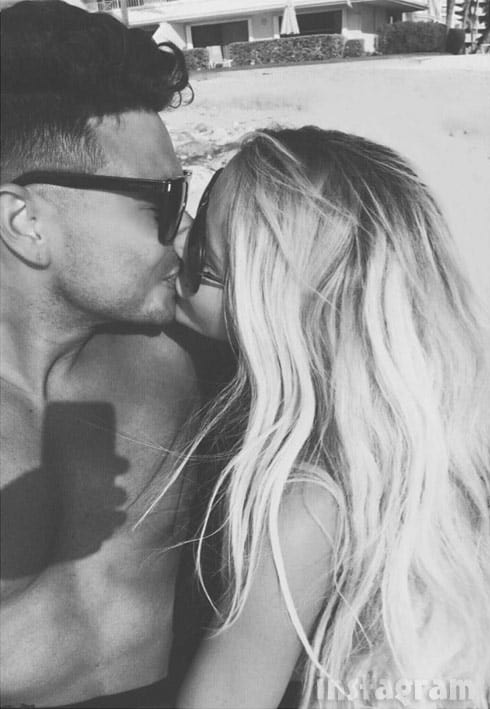 can't keep my hands to myself @djpaulyd

Valentine's Day with my handsome.

partying in Vegas w my ❤️

mamma we made it. #hollywood @djpaulyd

UPDATE – Well, that lasted all of a week. About a month before the premiere of Famously Single, Paulbrey has apparently decided to not be famously single any more and have reunited. Click the link for the deets and the racy pics of the two of them in bed together!

TLC films a gleeful ‘Kate Plus 8’ – minus Jon