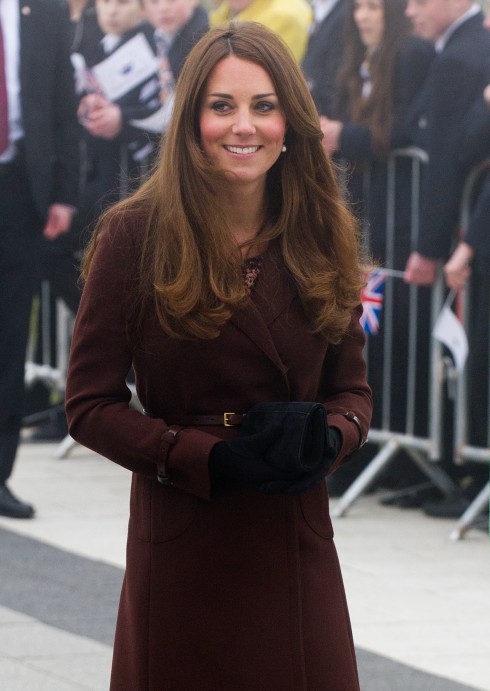 Kate Middleton and Prince William have stayed extremely mum about their pregnancy since making the official announcement that they were expecting back in December. But during a recent event in Grimsby on Tuesday, Kate seemed to have a slip up in which she may have revealed her baby’s gender.

According to The Daily Telegraph, the incident occurred after Kate was given a white teddy bear as a gift. “Thank you, I’ll take that for my d …” Kate said, sounding as if she was saying “daughter.” But when asked by a member of the press if she was about to say “daughter,” she replied, “We’re not telling.” 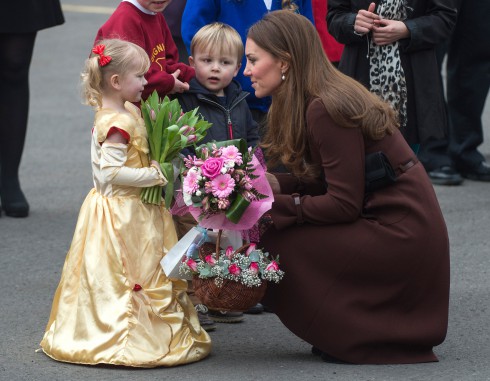 The Duchess, who is due in July, also told fans and press that her baby had been kicking “very much.” And at one point, she bent down to greet a few small children.

Shortly after announcing her pregnancy, Kate was admitted into the hospital after suffering from Hyperemesis Gravidarum which is a “very acute morning sickness.” Even after returning home, she was still very ill but didn’t return to the hospital for any further monitoring.

During her time in the hospital, receptionist Jacintha Saldanha forwarded a prank call from “The Queen” to Kate Middleton’s room and after finding out the call was a hoax, Jacintha killed herself. The two radio jockeys behind the prank were later taken off the air.

To see the Dutchess’ slip up, check out the clip below:

Ivanka Trump is pregnant with baby #2